10 months ago
Where Would You Go
Africa

Long overlooked for Marrakech and Fes, Rabat, Morocco’s capital, is slowly emerging as a promising destination for travelers. Known for its beaches, Islamic and French-colonial heritage, Rabat offers plenty of beautiful attractions. Two days might not be enough time to experience the diversity this city has to offer, but you can absolutely make any changes you like, to adapt the tour to your preferences. Our 2-day suggested itinerary will give you a real taste of this charming city and you will be introduced to its best attractions.

Things to know before traveling to Rabat, Morocco:

Language – Moroccan Arabic and Berber are the most widely spoken languages in Morocco. Their second language is French and in cities like Tangier and Chefchaouen, they are fluent in Spanish due to their proximity to Spain. English is emerging, especially in major cities, so you can get by without learning the language. However, speaking at least some Moroccan Arabic or attempting to learn is greatly appreciated by locals.

Clothing – Unlike any other Muslim countries, Morocco has no practical rules and regulation when it comes to clothing. However, it is advisable not to show too much skin. Modest dress is best for men and women. For women, avoid revealing clothes so you won’t get unwanted attention. Jeans and shorts not higher than mid-calf, knee-length skirts partnered with T-shirts or blouse are acceptable. For men, loose cotton shirts, T-shirts and pants are okay. Lastly, while visiting places of worship, you should be fully clothed.

Getting there – It is relatively easy to travel from Casablanca to Rabat. If you are coming directly from Casablanca’s Mohammed V International Airport, you may take the train to Casa Oasis then change trains to Casa Voyageur. From there, you may take the direct trains to Rabat. Alternatively, you can take one of the buses bound for Rabat. Our recommendation is Supra Tours Buses as they have good reviews from travelers.

Getting around – Rabat is very compact, so you can get around easily by walking or by taking a taxi. Taxis are cheap and taxi drivers always put the meter on. Please take note, taxi fares go up to 50% more at night after 8 to 9 PM. Also, take advantage of the Rabat-Salé tramway, another cheap and reliable means to get around the city.

Where to stay – There are many types of holiday accommodation in Rabat, from luxury hotels and picturesque B&Bs (riads) to cheaper accommodation like hostels. Riads are the most common type of accommodation because of its unique architecture and decoration promising a one of a kind Moroccan experience. Most riads in Rabat are centrally located near medina so they give you better access to tourist attraction and food choices. Make sure to get an accommodation with a terrace or balcony so you can enjoy the seaside and city views.

Hotels to consider in Rabat:

After breakfast, you can work off the calories by exploring the medina of Rabat, a literal labyrinth of shops selling everything: tapestries, bags, scarves, baskets, carpets, shoes, lamps, perfumes, clothes, socks, fruit, crafts and a bunch of spices you never know exist. It’s one of those Moroccan quintessential things you should do but beware of the “guides” in the souk that will probably approach you. If you don’t need their service, simply say no in a polite manner and continue your walk.

In the afternoon, take a stroll along the Kasbah of the Udayas, located at the mouth of the Bou Regreg River. You’ve probably heard of Morocco’s blue city, Chefchaouen, but do you know that Rabat’s has a little version of it? This 12th century city within a city was originally built as a military port defense, but later on made as the center for commercial trade. This is a perfect place for sunset viewing where you can get splendid panoramic views of the city and beyond. The best time to visit is in the late afternoon so you can catch the sunset as well as see daytime and nighttime views of Rabat.

After a whole day of adventure, go to a Hammam (traditional bath) for a relaxing bath experience. Ask your hotel receptionist on where to find a local hammam and do not forget to bring your own toiletries to the bathhouse.

On day 2, after having a filling breakfast, set out for the day to visit Complexe Artisanal Oulja (Oulja Craft Center). Here in the craft center, you will be able to see first-hand the process of craftsmen to create pottery and wrought iron. They also exhibit and sell most of their creations, so make sure to bring enough cash to get some impressive pieces. Anyone interested in contemporary art should see the Museum Mohamed VI of Modern and Contemporary Art.

Then, take a short taxi ride to the Chellah, an ancient Roman fortification which lie at the outskirts of Rabat. Declared a UNESCO World Heritage Site in 2012, this site is the most famous attraction in the city. Get a good guide book so you can identify some of the significant Roman marble statues with Latin inscriptions.

In the afternoon, dive deeper into local culture and history by visiting the Mausoleum of Mohammed V. Famed for its elegant Alaouite Dynasty’s architectural style, the mausoleum is the final resting place of the royal family’s significant members. Another attraction you can visit while on this site is the Hassan Tower on the Yacoub al-Mansour esplanade.

End the day with a walk at Place de Rabat It is one of the best places in the city to get immersed with local culture and enjoy fresh seafood.

Have you been to Rabat or anywhere else in Morocco? Do you have any tips or suggestions to share? If so, you can leave your comments below. 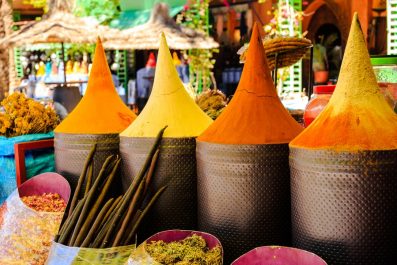 3 days to munch your way through Marrakech, Morocco 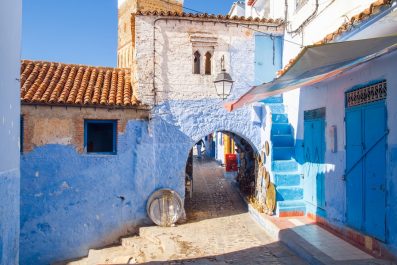