5 days to explore Tokyo and Osaka

Japan has found itself in the future far before anyone else. While customary architecture, traditions, and beliefs from feudal and imperial Japan can still be found around the country, tourists and locals alike flock to the cities for the bright lights, fashion, and experiences that seem like something from a science fiction novel. Japan’s capital, Tokyo, stands as a strong ambassador to any visitor who ventures to the Asian archipelago. Now the largest metropolis in the world, Tokyo is ready to challenge cities like New York and  Paris as the most recognizable cultural hub on the planet. Meanwhile, the country’s other major cities Kyoto and Osaka seem to coexist as the embodiment of yin and yang in a constant competition for the title of “Japan’s Second City.” While Kyoto has seemingly always been the bastion of proper Japanese stoicism and nobility, Osaka proudly declares itself the champion for the working class and grittier elements of the country.

Language – The official language of Japan is Japanese. For an outsider, the language is nearly impossible to pick up due to the non-Western, character-based alphabet. However, with the country being as popular as it is with tourists, there is infrastructure in place to help English speakers get around, especially in the larger cities. It is recommended that tourists use a simple translation book for general sayings that may help in everyday encounters; the friendly Japanese locals will likely be charmed by your attempts.

Currency exchange – Japan uses their own form of currency called Japanese Yen. One yen equates to about .009 of a single United States Dollar, so when paying for a beer from a Japanese pub, don’t panic when you get a bill of 500 yen — you’re really paying about $4.50. Currency exchanges are readily available at the major airports and many can be found in the big cities as well.

Safety – Japan is consistently ranked among the safest travel destinations for tourists around the world. However, as with all big cities, in certain areas of Osaka and Tokyo it is wise to keep your belongings close as muggings and pickpockets have been known to happen on occasion. That being said, this should not be a deterrent or something to worry about if you take the proper precautions. Unfortunately, the biggest risk facing travelers that keeps Japan from perhaps being the safest place to visit is natural disasters. The country is susceptible to large earthquakes and tsunamis, which are hard to predict.

Getting around – For those flying into Tokyo, two major airports, Haneda and Narita International Airports, service the city. Although Haneda is an international airport and is closer to the center of Tokyo, Narita will be easier for visitors to find flights as it has higher international traffic. Foreigners can also fly directly to Osaka, as their Kansai International Airport is second only to Narita in terms of flight activity. It is not uncommon to hear locals refer to Kansai International as Kanku. Japan Airlines and Nippon Airways are two international Japanese airlines that fly to much of the United States. For budget, domestic travel, especially between Tokyo and Osaka, consider using Jetstar.

Once in Japan, there are a number of other travel methods. Numerous train routes reach most parts of the country, however, Japan is well known for their shinkansen, also known as bullet trains. A trip from Tokyo to Osaka takes only about two and a half hours aboard the sleek, long-nosed speedsters. Both the country and the major cities have an extensive bus system, including cheap city-to-city options. However, within major metropolises like Tokyo, buses have the reputation for being notoriously hard to figure out, while the metro system is easier and, in many instances, faster. When electing for a taxi, it’s advised to have the address and/or location written in Japanese to ease the communication gap with the drivers, especially because addresses in Japan are based on blocks rather than street numbers which confuses even some locals.

Places to Stay – Unsurprisingly, both Osaka and Tokyo have a bevy of accommodation choices. From hostels to traditional ryokan guesthouses to upscale hotels, here are some ideas for vacation rentals in Tokyo and Osaka.

Hop off the plane at Narita and make your way to your accommodation of choice. Put your things in the room but don’t linger for too long or the jet lag may sneak up quickly.

Hotels to consider in Tokyo:

After shaking off the fatigue, head out to see the major tourist sites of Tokyo. First take a visit to either the Tokyo Skytree or the Tokyo Tower, the Skytree is the world’s tallest broadcasting tower, while Tokyo Tower looks a bit like a dystopian Eiffel Tower. Both towers offer incredible views of the city and will set you in the right mood to appreciate the magnitude of the capital.

From there, it’s time to see some ancient sites. Although a bit farther to the northeast, Senso-ji is well worth a visit. The Buddhist temple dedicated to the goddess of mercy is the oldest in the city, estimated to have been completed in the year 645.

Spend some time visiting the Tokyo Imperial Palace, the traditional seat of the Japanese emperor. The gardens surrounding Edo Castle are breathtaking and tours are offered consistently.

It will probably be time to call it a day from there, but for dinner wander into a local izakaya, a Japanese pub where beers and bites will be plentiful. Maybe try to get some shuteye early enough because the next day will be a long one.

Start the morning off slowly by sipping a green tea before embarking on a day to experience the younger, modern, and, at times, bizarre culture of Tokyo. For the afternoon venture out west to the Harajuku neighborhood of the city. This portion of Tokyo is exploding with bright street art and, perhaps more notably, for the fashion that will definitely raise some eyebrows. Many of the locals wandering around the popular Takeshita Street look as though they have been plucked from the panels of anime classics, with their bright clothes, wild haircuts, and kawaii (a culture of making things overly cute) accessories. It’ll be easy to spend hours exploring the specialty stores, and bubblegum-colored boutiques, but if a traditional buffer is needed, Harajuku is near to the Meiji Shrine, a Shinto shrine surrounded by beautiful forests.

In the evening it is perfect time for a trip to the Kabukicho District, thought to be the world’s largest red light district. For dinner, get ready for over-stimulation. The Robot Show and dinner cabaret is something unseen anywhere else in the world. The dazzling performance is loud, bright, and features robot mêlées, laser-eyed dinosaurs, and scantily clad dancers. After the show, explore the streets with vices abound from couples’ love hotels to companion bars, where the overworked “salarymen” of Tokyo pay to have attractive bartenders compliment them. A slightly less seedy section close to all the action is Golden Gai, a strip of micro-pubs, each of which look more traditional and have different themes. Since these bars can only fit five-eight people, it’s a great place to stop for a drink and conversation.

Rise and shine, it’s time to rally from the activities of last night and venture down to the famous Tsukiji Fish Market, a sprawling wholesale seafood market where the city’s best sushi chefs go to buy their ingredients. There is a popular daily tuna auction but be sure to also see some of the unusual options like the potentially poisonous puffer-fish, sea slugs, and live octopus. Spend a day of leisure at either the Tokyo National Museum or at one of the city’s impeccably manicured parks. Later make reservations for one of the best sushi restaurants in Tokyo to see the full cycle of sushi preparations. While world-famous eateries like Sushisho Masa may break the bank, places like Sushi no Midori, are restaurants that create high quality sushi, albeit slightly less upscale than some of the most expensive places in town.

Plan a visit to Tokyo around one of the seasonal events like the blooming of the sakura cherry blossom trees or for a sumo tournament.

Climb aboard the bullet train as early as possible to get a full day in Osaka — get a window seat if possible to watch the beautiful scenery whizz by. Check in you preferred accommodation and be ready to explore the city.

Where to stay in Osaka:

Start you Osaka adventure with Osaka-jo, a castle built on lush grounds that essentially serves as Osaka’s central park. The castle, built in the 16th century, is a marvelous example of Japanese architecture, standing strong over the park’s moat and diverse flora.

The rest of the day can be spent meandering to the west near the city’s waterfront on Osaka Bay. In this area, travelers can visit the highly praised Osaka Aquarium Kaiyukan or take a ride on the giant Tempozan Ferris Wheel.

The last day before departure is best spent embracing local customs and mottos. Osaka has a widely used catchphrase “kuidaore”, which loosely translates to “eat until you cannot stand.” To have this experience, experiment with local delicacies in the neighborhoods of Dotombori and Shin-Sekai — both adhere to Osaka’s trend of unappealing architecture that still draws attention for its futuristic and excessive neon. The canal-adjacent walk street of Dotombori has a number of excellent restaurants to sample, while Shin-Sekai is known for its simpler Japanese classics like fried skewers of meat and veggies. Keep an eye out for other street food classics like rice cakes and dumplings often filled with octopus. Don’t worry about overindulging — food comas can be slept off on the plane home. If you luckily find you have time to spare, it’s highly recommended to visit a Japanese onsen, a traditional bath house built around natural hot springs and extremely popular destinations for rejuvenation.

Have you been to Tokyo, Osaka or anywhere else in Japan? Do you have any tips or suggestions to share? If so, you can leave your comments below.

Featured image: Aerial view of Shibuya Crossing, Tokyo. The scramble crosswalk is one of the largest in the world (Luciano Mortula – LGM / Shutterstock)

Zack Davisson
Zack is a recovering technical recruiter who traded in his suit and tie in Silicon Valley for salsa music and a passion for writing in Medellin, Colombia. When not writing for AllTheRooms, the world's first vacation rental search engine, you can find Zack with his nose in a book, puttering around nature, or getting ultra-competitive while watching Jeopardy. 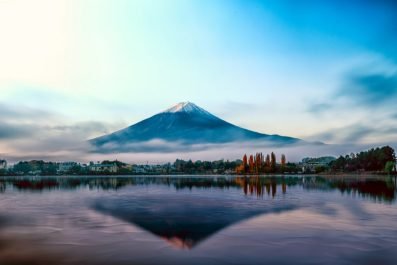 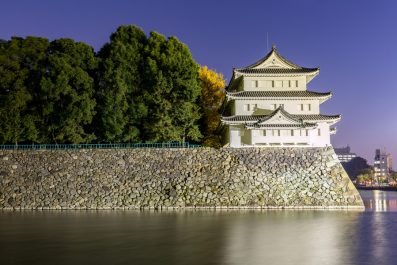 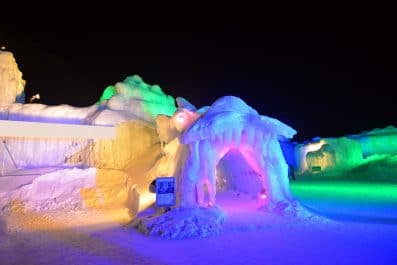