Lhasa, the beautiful capital of Tibet Autonomous Region of the People’s Republic of China, has always been shrouded with mystery and has been cut off from the outside world for many years. Travelers need to obtain a Tibet Travel Permit to enter into Lhasa, which sometimes discourages people to visit. It can be hard to get into the city, but once you’re there, you’ll probably say it’s worth it. It’s a long way to come for just 5 days, but if that’s all you can spare, then this suggested itinerary will be very useful. There are of course numerous other destinations in this city so you might want to mix and match the suggestions below to create your own itinerary.

Things to know before traveling to Lhasa, Tibet:

Language – Standard Tibetan is the official language of Lhasa, Tibet. Standard Chinese and Mandarin Chinese are also used in the city and other major Tibetan cities. English is emerging, especially in major cities, so you can get by without learning the language. However, speaking at least some Standard Tibetan or attempting to learn is greatly appreciated by locals.

Currency exchange – Chinese Yuan (also known as Renminbi) is the official currency used in Lhasa, Tibet. Exchanging money is easy and follows the same standard to elsewhere in Asia. You can exchange currency at the airport, hotels, local banks, and money changers throughout the city. ATMs are plentiful, all accepting international credit cards and debit cards, so it’s easy to withdraw your money in CNY. Credits cards are accepted in most high-end restaurants and hotels.

Tours – The Tibetan Government has strict controls on the number of foreign visitors it allows into the country; thus independent travel is not allowed except for a limited number of travelers mostly for political, business or educational purposes. It is impossible to get into the country without a Tibet Travel Permit, which can be obtained from a China-based or Tibet-based travel agency. Since independent travel is not allowed, you have to find a private tour company that will arrange your tour as well as hotel reservations. There are, however, plenty of tour operators to choose from so it is advisable to do your research on where to book. You can start by exploring some of the Lhasa tours on Tripadvisor.

Getting there – Entering Lhasa is not as hard as most people think. Since the opening of the Qinghai-Tibet Railway, the highest railway in the world, getting to the city from major Chinese cities is easier. You can take the direct train all the way from Beijing to Lhasa, which should take about 2 days. This is not a great way to get acclimatize, as 2 days is too short. You need to spend some time at cities with an intermediate elevation, so you can be acclimated before going to Lhasa or other high-altitude cities in Tibet.

Where to stay – The tour company chooses the accommodation for you, which most likely is a three-star hotel. If you would like to splurge a bit, you can always request for a four or five-star hotel for an additional fee. Also, if you would like to get authentic Tibetan experience, you should request a Tibetan-owned hotel.

Hotels to consider in Lhasa:

Day by day itinerary: 5 days in the “Land of the Gods” – Lhasa, Tibet

Your adventure in Lhasa starts today! Take a flight that arrives in Lhasa Gongga International Airport as early as possible. You may also travel from major cities in China by train via the Qinghai-Tibet Railway. Upon arrival, you will be received by one of the representatives of your chosen tour company and you will be transferred to your assigned accommodation in Lhasa downtown.

Take it easy and soak up the atmosphere in Lhasa on your first day. The city rests on the valley of the Himalayas at more than 3,500 meters above sea level, so be prepared for high altitude and cold nights. It is recommended to drink coca tea and plenty of water to soothe altitude sickness.

Start your first day by indulging in a traditional Tibetan meal. Most hotels provide meals buffet-style but if you would like to try something different then you can head to the town center. Afterwards, soak in some of the highlights of Jokhang Temple, which the spiritual center for all Tibetan Buddhist pilgrims. Declared a UNESCO’s World Heritage list in 2000, the temple houses a life-sized statue of Shakyamuni (Jowo Rinpoche), which is considered by the Tibetans as the most sacred statue.

End the day at the Barkhor Street circuit, the area of narrow streets encircling the Jokhang Temple. After your historic tour, make your way back to your hotel and get a good night sleep.

Start your second day at the Norbulingka Summer Palace, one of the most celebrated horticultural gardens in Tibet. Built as a “Treasure Garden”, the Norbulingka served as a summer resort for all Dalai Lama, the spiritual leader of the Tibetan people. Some of the most famous attractions in the palace are the Kelsang Podrang (the main body of Norbulingka), the Tsokyil Phodrang (the entry and front park of the complex) and the Golden Lingka (cluster of building filled with flowers and trees).

Next stop is the Drepung Monastery, which is one of the three principle monasteries of the Gelugpa School of Tibetan Buddhism and the largest monastery in Tibet. If your travel date happens to be in August, you might be lucky to witness the Shoton Festival, which unveils the big Buddha on the thangka.

In the afternoon, make your way to the Sera Monastery. Although it is not as grand as the Drepung Monastery, Sera Monastery is one of China’s National Cultural Relics. It is also here where you can witness monks debating everyday at 3 PM (except Sundays). At the Debate Courtyard, you’ll see the monks debating about the philosophy of Tibetan Buddhism.

Wake up early and join an overnight guided tour to Shigatse, one of the most popular gateways to Mount Everest and the only prefecture-level city in Tibet. Here, you will see the indigenous people of the surrounding mountains, sherpas and animals, monasteries, and high rocky mountains. Standing proudly at 3,800 meters above sea level, Shigatse is considered as one of the highest mountain cities in the world. Apart from its breathtaking scenery, the mountain also boast hundreds of species of flora and fauna, despite its unusual natural conditions. Some of the destinations you have to see on days 3 and 4 are Tashilunpo Monastery, Yamdrok Lake, Karuola Glacier, and Palcho Monastery.

On day 5, make your way back to Lhasa or continue your adventure to the Mt. Everest Base Camp (5,150 meters above sea level). Since you came all the way from China to Tibet, why not take this opportunity to see the peak of Mount Everest from Everest Base Camp (EBC)? If you decide, however, to return to Lhasa, then you can take one of the buses or vans from the town of Shigatse.

Have you been to  Lhasa, Tibet? Do you have any tips or suggestions to share? If so, you can leave your comments below. 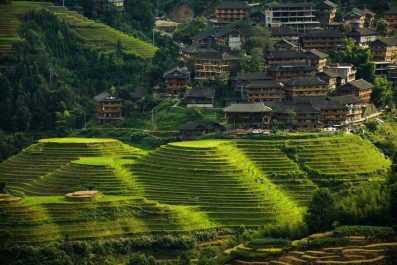 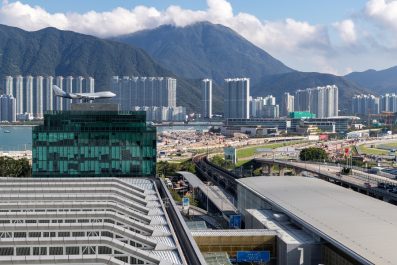