While times may have changed, China remains a perfect blend of the traditional and the modern. With its fascinating history, sprawling metropolis, incredible landscape and world class cuisine, China is truly a treasure. It’s a long way to come for just a week, but if that’s all you can spare, then this 7-day suggested itinerary will be very useful. There are of course numerous other destinations in this country so you might want to mix and match the suggestions below to create your own itinerary.

Things to know before traveling to China:

Language – Standard Chinese and Mandarin Chinese are the official languages of China. Learning the language is not necessary, especially in big cities like Beijing and Shanghai, but speaking at least some Chinese phrases or attempting to learn is greatly appreciated by the locals.

Getting around – Getting around in China is very easy thanks to its comprehensive road system and the subway system. In Beijing and Shanghai, taking the subway is the most convenient and reliable way to get to your destinations. If traveling great distances (ex. Beijing to Xi’an and Xi’an to Shanghai), you can take a short commercial flight or take an overnight train. Before your trip, make sure to download a map of Metro/China Railways on your smart phone or secure a paper copy. Unfortunately, renting a car and driving on your own is not allowed in China, except if you are a foreigner with an official residency permit. Also, biking is not recommended in China because of the huge number of cars on the road.

Where to stay – There are many types of holiday accommodation in China, whether you’re looking for luxury hotels to cheaper accommodation like youth hostels and bed and breakfast. In Beijing and Shanghai, hotels/hostels nearby subway stations are recommended for travelers.

After your arrival at Beijing Capital International Airport, check into your preferred accommodation. The airport is about 40 minutes away from the city center and there are various ways to get to downtown. Wear a comfortable walking shoes as you will do a lot of walking for today.

Where to stay in Beijing:

Begin your tour at The Great Wall of China, a UNESCO World Heritage site located in the northern part of Beijing. People say that armies are the most significant type of military power. But if a country cannot defend its own territory, then it’s all for naught. The Great Wall of China is perhaps the greatest military defense project ever constructed. With a total length of over 20,000 kilometers, its impressive fortifications will leave everyone in awe. There are 8 sections of the wall that are open to visitors – Badaling, Mutianyu, Juyongguan, Huanghuacheng, Jiankou, Simatai, Gubeikou and Jinshanling. Since you are coming from Beijing City, we recommend Mutianyu.

After your half day tour of The Great Wall of China, head to the Summer Palace, one of the most celebrated royal palaces in Qing Dynasty. Built as an imperial garden, the Summer Palace served as a summer resort for the Chinese Emperors. Some of the most famous attractions in the palace are Longevity Hill Area, the Court Area and Kunming Lake Area. To appreciate the historical relevance of the Summer Palace, we recommend a guided tour which can be arranged prior to your trip. You may also get the service of local guides at the East Palace Gate (the main gate).

A trip to Beijing would not be complete without a visit to The Forbidden City, which houses one of the world’s best collection of Chinese art. The museum has a rich and diverse collections of traditional Chinese art from Ming and Qing Dynasty, ancient halls and other objects of cultural and historical significance. Completed and opened in 1925, its attraction is not only the items on display, but also its extravagant architecture and setting. To appreciate the Forbidden City, we recommend joining one of the guided tours.

In the afternoon, do not miss to visit Tiananmen Square (means gate of heavenly peace), the largest city square in China. This square is controversial because of what occurred in 1989 when thousands of pro-democracy protesters were brutally repressed and killed. This savagery of the Chinese Government shocked the world. Nonetheless, it’s a great place to visit.

After your tour of Tiananmen Square, check out of your accommodation in Beijing and go northwest to Xi’an, capital of Shaanxi Province. The earliest overnight sleeper train departs at 6:55 in the evening, so make sure to get to the station on time. For visitors on a limited time holiday, consider whether your time would be better spent in the airport or on a train. By train, travel time via overnight sleeper trains would approximately take 12 hours, which will allow you to save on 1 night accommodation and enjoy the scenery (there are different classes on the train with sleeper class starting at about 40 USD). By plane, it would approximately take 2 hours and 15 minutes and can be very cheap if booked in advance (prices of one-way airfare start at about 160 USD). However, you have to consider the time going to the airport, security, check in etc.

Where to stay in Xi’an:

Depending on your time of arrival, you can either take it easy and soak up the atmosphere in Xi’an or you can begin your tour of its famous attractions. Check into your preferred accommodation and rest a little before you start a full day tour to The Museum of Qin Terra-cotta Warriors and Horses. Qin Shi Huang, the first emperor of China and the founder of Qin Dynasty, was known as the great unifier after about 200 years of the Warring States period. During his reign, the country has prospered. He enabled numerous large-scale projects like the early great wall and a humongous mausoleum for himself. This mausoleum has more than 8,000 life-size terracotta warriors, believed to be his protector after his death. Because there are a lot of historical facts about this landmark, we recommend joining a guided tour to give more depth to your experience.

After a filling breakfast, make your way to Shaanxi History Museum, one of the most popular attractions in Xi’an which exhibits the fascinating history of Shaanxi and houses a vast collection of historical murals, porcelain, terra-cotta figures, bronze ware and so much more. After your tour, head to the Giant Wild Goose Pagoda, constructed in the Tang Dynasty by a prominent Buddhist scholar. Another attraction you should not miss is the Great Mosque of Xi’an, the largest mosque in China. If you still have time, you can take a quick visit to the Bell Tower and the Drum Tower. In the evening, celebrate your last night in Xi’an by immersing yourself in a Dumpling Banquet and Tang Dynasty Show. The show offers over 20 varieties of delicious dumplings, world class theater restaurant and a traditional dance during the Tang Dynasty.

Everyone knows that Chinese cuisine is among the oldest in the world. It considered as one of the most diverse culinary heritages with thousands of years of development. On your last day in Xi’an, join a morning food and market tour of the Lost Plate Xian Food Tours, currently the leading food tour offered in Xi’an. Costs only 300 CNY, this food tour include a service of a knowledgeable tour guide, transportation, 5 to 6 authentic Chinese cuisine locations and morning market tour. After your gastronomic tour, prepare for your departure to Shanghai and check out of your accommodation in Xi’an. Head to Xian North Railway Station and take an overnight sleeper train to Shanghai (one-way in sleeper class starts at 51 USD).

Where to stay in Shanghai:

Upon arrival, check into your preferred accommodation in Shanghai. Then, head to Shanghai Museum (Shanghai Bowuguan), the best place to start your Shanghai adventure. This museum is known for its vast collection of historical and cultural items including traditional Chinese painting and calligraphy, ancient Chinese bronze ware and ceramics, and other precious pieces from the 3 most powerful dynasties of China – Han, Tang and Qing Dynasty. After your museum tour, make your way to The Former French Concession, considered as the most prosperous town in Old Shanghai. Spend the rest of the afternoon in Shanghai’s Old Town of Nanshi. Some of the landmarks you can visit are Huxinting Teahouse (Huxinting Chashe), City God Temple (Chenghuang Miao) and the Zig Zag Bridge Of Nine Turnings (Jiu Qu Qiao).

In the evening, get a taste of Shanghai’s nightlife at The Bund (also knows as Wai Tan, is a waterfront area in central Shanghai) and enjoy a fantastic night view of Lujiazui. Or, watch ERA Intersection of Time Acrobatics Show by Shanghai Circus World. One of the most jaw-dropping shows in China, this cultural extravagance combines Chinese history, acrobatics, Chinese martial arts, spectacular visuals and live music into one show. Tickets for the show cost 24 USD and these is money well spend.

On your last day, leave before dawn and wait for the sun of the new day to appear on the horizon in Jade Buddha Temple. Waiting for the sunrise is probably one of the most fascinating experiences you could get in Shanghai. Then, after having a filling breakfast, your final day in Shanghai can be spent on last-minute shopping and seeing those attractions that you haven’t yet had time for. Head to the airport in time to check in for your international flight home, continue traveling independently, or extend your stay in Shanghai. The decision is all yours!

This is the end of our 7-day suggested itinerary. Remember, this is just a guide for planning and is in no way, shape or form, the only way to travel China. There are several alternative routes of travel within the country and it will depend on your intended length of stay. Enjoy China!

Have you been to  China? Do you have any tips or suggestions to share? If so, you can leave your comments below. 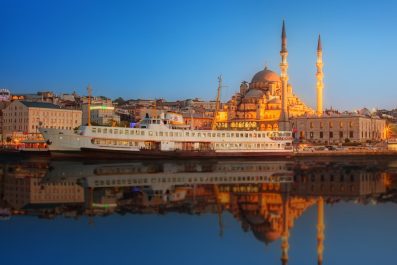 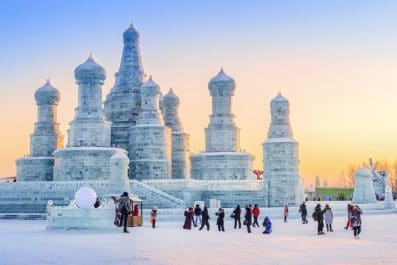 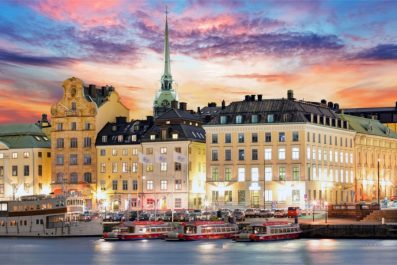 Best of Stockholm, Sweden in 3 Days