A scenic land of vast rain forests, rice paddies, ancient mega-structure, and a rich culture, Cambodia is a Southeast Asian nation with an inspiring and depressing history. Cambodia’s temples and monuments in Siem Reap, from the mighty Khmer empire, has drawn tourists, archaeologists and escapists for so many years. Here, history come alive to sweep visitors away to a fascinating ancient world. Sadly from 1975-1979, Khmer culture was nearly wiped out by the terrors brought by Maoist-inspired guerrillas of the Khmer Rouge. In this 7-day itinerary, you will be able to explore the ancient ruins in Siem Reap and understand Cambodia’s painful past in Phnom Penh.

There are no direct flights to Siem Reap from Europe or the Americas. Connecting flights start at about 760 USD for a round-trip ticket. On the other side – if you are already in the region, tickets cost close to nothing – from Bangkok you can find round-trip tickets for about 350 USD but you can also hire a private driver to get you to Siem Reap for less than 100 USD or take a bus for 20 USD.

Where to stay in Siem Reap:

After arriving in Siem Reap, allow yourself to recover in the morning and just spend your time wandering through the streets in the afternoon. You may also arrange your tours for the next two days. In the evening you may opt for a dinner buffet with Apsara Dance Show. Apsara Dance is a traditional Khmer dance which goes back to the time of King Suryavarman II, the builder of Angkor Wat. After the show, you may wander through Pub Street and try their 1 USD  beer. You may also get foot massages and go shopping at the night market before you go back to your hotel/hostel.

On your second day, leave before dawn and wait for the sun of the new day to appear on the horizon in Angkor Wat. Waiting for the sunrise is probably one of the most fascinating experiences you could get in Siem Reap. Spend the entire morning in Angkor Wat and learn about its history. It is recommended to get a tour guide at least for one day so you could learn what the thousands of intricate stone carvings mean. You will learn some interesting facts about the Hindu mythology, Hindu epics, wars and so much more. You will also see hundreds of Apsara stone carvings in Angkor Wat, the same Apsara depicted in the dance show you’ve seen the previous night.

At lunch time, ask your tuk-tuk driver or tour guide to take you to a local restaurant serving Amok, a traditional Khmer dish served in a coconut shell. After lunch, continue your tour at Angkor Thom, the fortified city of the last great capital of the Khmer empire. Some of the most significant monuments here are Bayon, Terrace of Elephants and Baphuon. Angkor Thom is much bigger than Angkor Wat that’s why exploring this part could take half a day.

Start early and head to Preah Khan, considered as a second city in the Angkorian Empire at the time of King Suryavarman II, builder of Angkor Wat. To the eastern side of Preah Khan lies the 3 kilometre long Baray (reservoir), which has the Prasat Preah temple at its center.

After lunch, consider going back to Angkor Thom to explore the rest of it. Visit Ta Prohm, a temple located east of Angkor Thom. Unlike the other structures in Angkor, Ta Prohm was maintained in a state of ruin, with trees interlaced among the temples. Apparently, this temple was left in this state so that visitors would see how most of Angkor looked when it was first discovered.

Today you’re heading to Battambang, a province in north western Cambodia. Travelling by bus from Siem Reap is safe as the road conditions have finally improved the entire way. Travel time is approximately 5 to 6 hours and tickets costs 4-5 USD one way. For adventure seekers, you may go on a boat adventure on less than reliable waterways from Siem Reap to Battambang which could take 5 to 10 hours (more info here). It’s a great way to see the Tonle Sap Lake, the largest freshwater lake in Southeast Asia, and the floating villages. Just don’t forget to bring cushion, food and water.

Where to stay in Battambang:

Check in and relax at your hotel and in the late afternoon, get a motodup (motorbike) or tuk-tuk to start your snack tour in Battambang. Here, you will find some of the most authentic street food in Cambodia. Some of the food you should try are Nom krourk (coconut rice pancakes), Son vac (fish paste grilled in banana leaves), Pong tea khon (baby duck eggs… yeap, there is a baby duck inside the egg… looks worse than it sounds) and Banh Ja’neuk (Mung Bean Dumplings with sweet coconut and ginger).

Battambang is small and easy to navigate, so you can dedicate this day exploring the old streets and the central market. Hire a Tuk Tuk to take you to the temples. Battambang ruins pale in comparison to Angkor Wat and Angkor Thom, but you will appreciate its run down state. As there is not much tourists in this area, you can enjoy the temples all to yourself. Another must try in Battambang is riding the Bamboo Train (known as “Norry”).

In the evening, watch Phare, the Cambodian Circus. Battambang is home to Phare Ponlue Selpak, a nonprofit Cambodian organization behind the circus. They help kids from families of former refugees, street children and victims of trafficking by providing free education, food, training and employment.

Travel by bus to Phnom Penh, arriving at around 1 in the afternoon (there are other option to get from Battambang to Phnom Penh – minivans for 12 USD one-way, rent-a-car or fly from Siem Reap – one-way ticket cost about 90 USD and travel time is 45 minutes). Check in to your hotel and rest for a bit before you begin your tour in the city’s most beautiful monument, the Royal Palace. This palace, gleaming in gold, served as a royal residence for the King, his family and foreign dignitaries. On the other side of the palace, you will find the Silver Pagoda. Apparently, the Khmer Rouge decided not to destroy the pagoda so that they could show they value the ancient Khmer culture and traditions.

Where to stay in Phnom Penh:

For dinner, try some of the best restaurants in Phnom Penh. Most restaurants here offer a range of culinary traditions from the decade spent as a French colony and also Cambodia’s own Khmer cuisine. Some of the top rated restaurants are Topaz, Camile Rue 200, Malis Restaurant and The Common Tiger.

Day 7: the dark side of Phnom Penh

Dedicated this day learning the dark past of Cambodia. Take note that this tour is not for the faint-hearted as the history of the sites during the Khmer Rouge are quite overwhelming. Tuol Sleng, a former high school in the southern part of the capital, is one of the buildings converted by the Khmer Rouge into a torture center.  Here, terrible process of torture and imprisonment were held. There is a room covered with thousands of black and white photographs of the victims of the slaughter.

Another notorious site during the Khmer Rouge is the Killing Fields of Choeung Ek, a soccer-field-sized farmland used as killing fields. It is where the Khmer Rouge exterminated almost 2 million Cambodians, many of whom were tortured before finally being killed. During heavy rains, fragments of human bones and clothing come unearthed from the mass graves.

Have you been to Cambodia? Do you have any tips or suggestions to share? If so, you can leave your comments below. 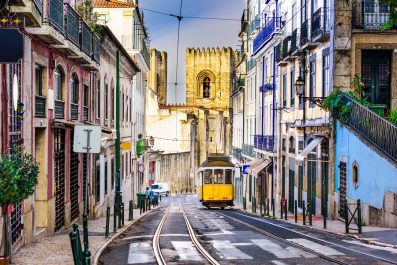 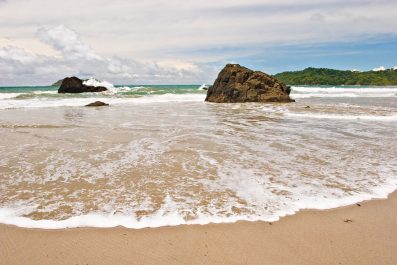 No plans for a week? Explore Costa Rica 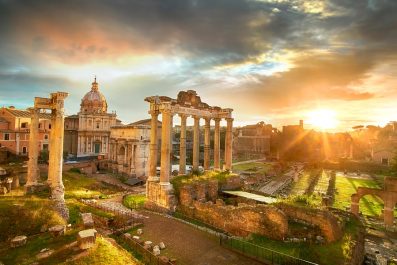