Embracing both tradition and the present, nature and the latest technology, Seoul is now becoming a leading and rising global city. In this 5-day itinerary, we tried to hit up all of the most important historical spots in the city, but have also included some great places to people watch and go on a gastronomic adventure. Hopefully, this itinerary will prove useful in planning your trip to Seoul.

After your arrival at Incheon International Airport, check in to your preferred hotel / guest house. Seoul has a wide selection of accommodation including backpacker hostels. If you want a place near historical attractions, book a hotel near Jongno-Gu. If you prefer to be near markets and shopping areas, book a hotel in Myeongdong.

Where to stay in Seoul:

The best way to start your Seoul adventure is by visiting the great palaces of the Joseon Dynasty, the last and longest-lived imperial dynasty of Korea. The following are the five palaces built during the Joseon Period: Changdeokgung, Changgyeonggung, Deoksugung, Gyeongbokgung and Gyeonghuigung.

Palace walking tour can be pretty exhausting so it is recommended to visit one or two palaces on your first day. If you have energy, you can definitely visit all five in one day. You can consider Changdeokgung, known as “the palace of illustrious virtue” and is designated as a UNESCO World Heritage site in 1997, as your first destination. A guided tour inside its secret garden is popular among tourists. Gyeongbokgung can be your second destination. To get to this palace, simply start from the main gate of Changdeokgung and then walk straight to Anguk Station.

Gyeongbokgung was the main and largest palace built during the Joseon Period. When in Gyeongbokgung, do not miss the Changing of the Royal Guards ceremony which is being performed three times daily except Tuesdays (10:00 am, 1:00 pm and 3:00 pm, 20 minutes per ceremony).

Travel Tip: If you are going to visit all five palaces, purchase the integrated tickets which cost 10,000 KRW (8.40 USD). This will give you access into four of the palaces – Gyeongbokgung, Changdeokgung, Changgyeonggung and Deoksugung as well as Jongmyo Shrine. Gyeonghuigung is free admission. If you wish to visit just one or two palaces, then buying individual admission tickets would be the cheaper option.

On your second day, consider Nami Island as your first destination. This island was featured in the Korean drama “Winter Sonata” thus making it a popular tourist attraction for both locals and foreign.

From Seoul Station, take the subway going to Gapyeong which requires two train transfers. Get off at Hoegi Station and take the Jungang line to Mangu Station. Then from Mangu Station take the Gyeongchun line to Gapyeong Station. Travel approximately takes 90 minutes and fare is KRW 1,950. From Gapyeong Station, take a shuttle bus to Gapyeong Wharf (1,000 KRW or a little bit less than 1 USD). Upon arrival, purchase your entry pass to Nami Island (8,000 KRW or about 6.50 USD, round trip ferry fare included). If you want a more comfortable journey, you can purchase a one way bus ticket to Nami Island for 15,000 KRW (12.50 USD). This ticket includes admission fee and round trip ferry to Nami Island from Gapyeong Wharf.

Two to three hours will be plenty of time to explore Nami Island. Go back to Gapyeong Wharf before noon and have lunch at one of the restaurants in the area. Go to one of the many Dakgalbi restaurant and try their local specialty Dakgalbi which is a spicy stir-fried chicken dish made with boneless chicken pieces, rice cakes, green cabbage, sweet potato, and other vegetables.

After your lunch, go to Gapyeong Tourist Shuttle bus terminal beside 7-11 store and board the bus to Petite France, your second destination. Petite France was featured in several Korean dramas. This place is also called Little Prince Village because of the memorial hall for Antoine de Saint-Exupéry, the author of the celebrated French novel, Le Petit Prince. Travel approximately takes 30 minutes and fare is 800 KRW (0.65 USD).

Spend the rest of the afternoon at the Garden of Morning Calm (432, Sumogwon-ro, Sang-myeon, Gapyeong-gun, Gyeonggi-do; http://morningcalm.co.kr). We recommend coming earlier than sunset, so you can see it in its beauty during the day, and watch it transform into a magical place at night. The lighting festival during winter is something worth seeing.

Day 3: Find the differences between Sount Korea and North Korea

If you are feeling brave and you would like to understand the tension between South and North Korea, then spend your third day in Korean Demilitarized Zone or more popularly called DMZ. Strange though it may seem, DMZ is actually a tourist hotspot drawing thousands of curious visitors each year. DMZ, which consists of the area between Southern and Northern boundaries, was established to serve as a buffer zone to prevent any means of provocative action and collision between the South and the North.

Part of the tour is Panmunjom which refers to the Joint Security Area (JSA), set up on the Military Demarcation Line and reserved for talks between the United Nations Command (UNC) and its Communist counterparts (North Korea and China).

The rest of the tour will take you to the observatory decks where you will see a fake city with no residents made by North Koreans to show that they’re rich and progressive too like the South. You will also see the site of the war between North and South Korea post World War II, the eerie train station that once connected South and North Korea, and one of the tunnels dug up by the North Koreans to attack South through Seoul.

The DMZ/JSA tour can be booked online at http://www.koridoor.co.kr/ (look for DMZ/JSA and 3rd tunnel) and the cost is 96,000 KRW (81 USD). Remember to bring your passport when you go to the assembly place. They will also provide dress code instructions which will be sent to your email with the itinerary and receipt upon payment. Also, children below 10 years old are not allowed in the DMZ tour. If you get confused with their website, you can check and book the tour on Tripadvisor but the price their starts at 135 USD.

Go on a morning hike up to Inwangsan, a historically significant mountain that is very popular among local hikers. You can explore the remnants of the historic Seoul fortress wall and the Buddhist temple, Inwangsa. This mountain is considered sacred by Shamans and many gather daily around the old shamanistic shrine, Guksadang. Aside from historical attractions, the view of Seoul from up there is fantastic. Getting there is very easy and you don’t really have to be an experienced hiker. Tourists can ride Jongno Bus number 09 and get off at Ogin (ticket costs 1,000 KRW or 0.85 USD). From there it will only be less than a kilometer walk to Inwangsan.

You can consider Namsangol Hanok Village as your second destination. From Anguk Station, take subway line number 3 and get off at Chungmuro Station. Go to Exit # 4 and within minutes you are in Namsangol Hanok Village. Travel time is approximately 3 minutes and fare is 1,500 KRW (1.25 USD). Namsangol Hanok Village is not really an ancient village but rather it was established as a place for recovered Hanoks (traditional Korean houses) from the Joseon dynasty. Basically, these Hanoks were from different parts of Korea and were relocated at the foot of Namsan Mountain. Aside from seeing traditional Korean houses, tourists can also participate in traditional Korean activities. The village has no admission fee and they also offer free guided tours in various languages every day.

Cars and taxis are prohibited to enter Namsan so to get to N Seoul Tower (105 Namsangongwon-gil, Yongsan-gu), your third destination, ride the Yellow Bus that runs from 8 in the morning until midnight. Travel is approximately 10 minutes and the fare is 500 KRW (0.40 USD). N Seoul Tower is very popular in South Korea because of various features in Korean dramas. Aside from the observatory which offers great panoramic view of Seoul, it also has the Teddy Bear Museum inside. Lovers’ Locks Tree is another famous attraction, which symbolizes everlasting love. It’s just like the one in Paris, write you and your loved one’s name and put it there.

For dinner, you can try the rotating French restaurant at the top of N Seoul Tower. Being a rotating restaurant, which revolves slowly, you can enjoy 360 degree view of Seoul.

On your last day in Seoul, you may go shopping for a few hours before departure. Areas like Nandaemun and Dongdaemun are pretty popular among tourists. In these markets, you could commonly find Korean souvenirs such as I love Korea shirts, fridge magnets and keychains. In Myeongdong, Korea’s largest cosmetic market, you can find all Korean cosmetic brands. If you are interested in Korean crafts and antiques, then head to Insadong. You could find Hanbok (traditional Korean clothing), pottery and porcelain, handicrafts, traditional accessories, Hanji (Korean paper) and so much more. Insadong is also home to many traditional wooden teahouses.

Visitors leaving South Korea can conveniently travel from downtown Seoul directly to Incheon International Airport by using the services of AREX (Airport Railroad Express). The express train (8,000 KRW or 6.70 USD) takes you to the airport in 43 minutes while the all stop train (3950 KRW or 3.30 USD) will take 60 minutes. !

Have you been to Seoul or anywhere else in South Korea?Do you have any tips or suggestions to share? If so, you can leave your comments below. 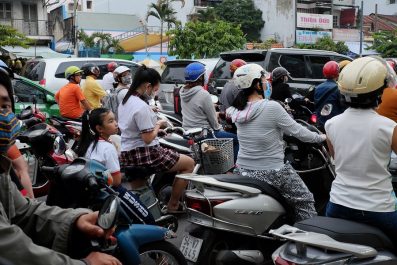 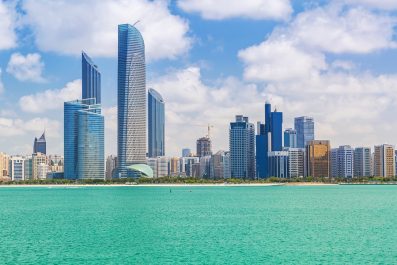