A major business hub on the Yangtze River, Wuhan is a bustling and vibrant city home to three ancient town – Wuchang, Hankou, and Hanyang – and the enchanting East Lake. The city is known as the City of Bridges because it has the largest number of bridges of all Chinese cities. It may seem like a very busy city but it boasts a number of beautiful attractions worth visiting. This 3-day suggested itinerary will take you to Wuhan’s most famous attractions as well as the lesser-known ones. Like in any other Chinese cities, the trip will not be complete without trying some of the city’s best eats!

Things to know before traveling to Wuhan, China:

Currency exchange – Chinese Yuan (also known as Renminbi) is the official currency of China. Exchanging money is easy and follows the same standard to elsewhere in Asia. You can exchange currency at the airport, hotels, malls, local banks, and money changers throughout Guilin. ATMs are plentiful and most of them accepting international credit, and debit cards, so it’s easy to withdraw your money in CNY. Credits cards are commonly accepted in most mid-range to high-end restaurants and hotels.

Getting there – Wuhan is the capital of Hubei Province in  and it is  a major port on the Yangtse River, which makes it very accessible by boat to  Shanghai, Nanjing and Chongqing. Aside from the waterways, Wuhan is easily reached by by air, road and train. Wuhan Tianhe International Airport is the main airport in the area, located about an hour outside of the city center. Flights from many major domestic airports are available, including Xian, Beijing, Chengdu, Shanghai,  Hong Kong and Taipei. International flights operate from      Seoul, Paris, Tokyo, Singapore and Bangkok. The airport is conveniently connected to the city center by metro on Line#2.

Where to stay in Wuhan:

After your arrival at Wuhan, check in to your preferred accommodation. The city has a wide selection of accommodation ranging from low to high-priced hotels. There is no better way to get acquainted in the city than visiting Hubei Provincial Museum, which is located in the shore of the East Lake. This museum showcases a large amount of ancient Chinese cultural relics and other artifacts of cultural and historical significance from various Chinese dynasties.

Undoubtedly one of the best travel experiences in Wuhan is a boat tour in the East Lake, the largest lake within a city in China. Located on the south bank of the legendary Yangtze River, there are six major scenic spots in the lake – Ting Tao, Mo Shan, Baima, Chuidi, Luoyan, and Luohong, which offers not only awe-inspiring landscapes but also interesting insights about the ancient Chinese civilization in the Yangtze area. If you have limited time in Wuhan, we suggest visiting the two most notable scenic areas, which are Ting Tao and Mo Shan.

In the evening, you may watch a world class performance in the Han Show Theater, the premier performing arts venue in Wuhan. Here you will witness an electrifying show by the Wanda Group and Dragone directed by the world-world-renowned theater director, Franco Dragone. With Cirque du Soleil under his belt, you can expect a truly one-of-a-kind performance. For schedule and ticket prices, visit their official website.

On day 2, go to one of the most famous attractions of Wuhan, which is the Guiyuan Buddhist Temple. Established in the 17th century during the Qing Dynasty, the temple is considered as one of the best Buddhist temples in the city. Some of its notable attractions are Hall of Arhats, Great Buddha’s Hall,and the Depository of Buddhist Texts.

Your next destination is Wuhan Yellow Crane Tower, the city’s most iconic attraction. With a history of about 1,800 years, the tower has become one of the three famous towers south of Yangtze River. Once used as a military lookout point, the tower has been rebuilt many times in the past. Its five-floor pagoda offers great view of the city, the bridges of Wuhan and the Yangtze River.

Make your way to Hubu Alley for lunch. Here you will find hundreds of food stalls selling various kinds of Chinese street food, local specialties and noodles dishes. A must-try for adventurous foodies is the fermented odorous dish called Stinky Tofu, which is one of the most popular Chinese street foods.

In the afternoon, make your way to Donghu National Park, a fairly active park with temples, gardens, children playground, food stalls, among others. With a couple of picnic spots surrounding the lake, Donghu National Park is a great spot for families and friends to spend an afternoon.

On your last day, set your alarm early so you can watch the sunrise across the Yangtze River at Wuhan Yangtze River Bridge. Make sure to get in early enough to capture the fog and the bridge that disappears into nothingness. After having a filling breakfast back in your hotel, make your way to Wuhan University, one of the most prestigious universities in China. Many tourists visit the university during the spring season to marvel at the beautiful cherry blossom trees found inside the campus. Art enthusiasts will enjoy touring the galleries at the Wuhan University Museum. Also, tourists can walk around campus and visit the East Lake.

Make your way back to the city in the afternoon, and if you still have time before departure, visit the Chu River Han Street, a great place for shopping.

Have you been to Wuhan or anywhere else in China? Do you have any tips or suggestions to share? If so, you can leave your comments below. 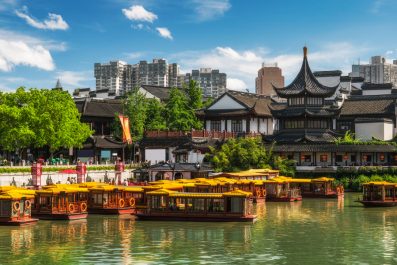 3 days in Nanjing – the ‘Southern Capital’ of China 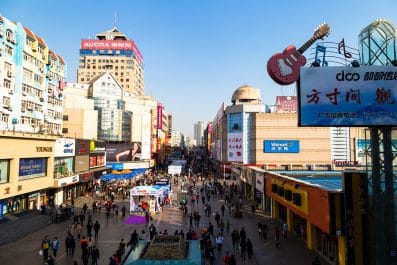