1 month ago
Where Would You Go
Central and South America

Planning a trip to Chile and looking for cities to add to your travel itinerary? You should consider Valparaiso, one of the most popular coastal cities in Chile. This 3-day suggested itinerary will lead you through Valparaiso’s famous tourist attractions and will help you make the most of your trip. Depending on your traveling priorities, you can certainly fine tune this itinerary to suit your needs.

Things to know before traveling to Chile:

Language – The official language of Chile is Spanish which is spoken by the majority of population. However, it is important to note that the people also use Chilean Spanish, a manipulation of the Spanish language which has its own distinct pronunciation, grammar, and slang. Ergo, tourists who speak Spanish might have a hard time understanding when the locals speak Chilean. Many Chileans speak English but there are also many who don’t. Even if they don’t speak English they still remain friendly and often somebody is called who can speak English. It is, however, recommended to learn a few important phrases before going on your trip.

Currency exchange – The official currency of Chile is the Chilean Peso (CLP). Exchanging money in Chile is easy and follows the same standard to elsewhere in South America. It’s also good to know that US dollars can only be used in some stores in Santiago so exchanging to local currency is recommended. Most major establishments like hotels and restaurants in major tourist and business destinations accept credit cards. The best way to get local currency is to use the ATMs, which are widely available in Santiago and other major cities, and withdraw in Chilean Peso to get the best rate.

Safety and security – There is currently no nationwide security advisory in effect for Chile. Check your country’s travel advisory website to get the most up-to-date information for your personal safety abroad. Chile is generally a safe destination and the locals are kind to tourists. However, be careful with pickpockets as pick pocketing has increased in recent years, especially in major cities like Santiago. Be careful on crowded metro (subway), tourist attractions and taxis and know what’s happening around you. It is also advisable to carry a money belt instead of a hand bag so that you can fully appreciate the beauty of Chile without having to worry about your belongings.

Getting to Valparaiso – Valparaiso does not have an airport so your options are to travel to Valparaiso by bus, car or boat. Bus travel takes less than two hours from Santiago and about 12 hours from Mendoza, Argentina.

Getting around – Walking is easiest way to get around Valparaiso. If you plan to bike around the city, then please consider the hilly topography of Valparaiso. Also, make sure to ask your hotel’s receptionist about secure bike parking so your bike won’t get stolen. You may also consider one of the biking tours offered in the city.

Where to stay – There are many types of holiday accommodation in Valparaiso, from luxury hotels to cheaper accommodation like youth hostels and bed and breakfast. There are also plenty of apartment rentals if you prefer the comfort and convenience of having your own place with cooking facilities. If you are going to follow our suggested itinerary, we recommend accommodation options available in the Historic Quarter.

Where to stay in Valparaiso:

Detailed Itinerary: 3 days in Valparaiso – a great add-on to any trip to Chile

Valparaiso was once a wealthy port town, but its development slowed down because of the completion of the Panama Canal in 1914. Because it was one of the most prosperous shipping and trade ports in South America during the late 19th-century, there are numerous architectural splendors and historical attractions you can visit.

Assuming you arrived in the city from Santiago in the morning, you can come to grips with Valparaiso’s history after lunch. Start with La Sebastiana (Pablo Neruda’s House), one of the houses of Chilean poet and writer Pablo Neruda. “I feel the tiredness of Santiago, I want to find a house to live and write in peace at Valparaíso.” This was said by Pablo Neruda in a letter to a friend. During your tour to his house, imagine how this peaceful home enabled him to get a Literature Nobel Prize in 1971. Do not miss to take street art photographs of Paseo Gervasoni, a street full of impressive art as well as beautiful graffiti murals. Then, hike the Cerro Concepcion (Concepcion Hill). It can be reached by going up Calle Tubildad or riding a funicular located at Prat Street. End the day at Plaza Victoria, one of the main squares in Valaparaiso. After the walking tour, make your way back to your hotel and get a good night sleep so you have energy for a whole day of adventure the next day.

Start your day at one of Valparaiso’s best breakfast and brunch spots. Then, make your way to Museo Maritimo Nacional (National Maritime Museum), which houses some extraordinary historic and artistic relics about the Chilean Navy. You may to spend as much time as possible here if you are interested in the history of Chilean Navy. To get here, take the hillside elevator Ascensor Artillería at Plaza Aduana. Before lunch, head to Plaza Sotomayor. Do not miss to pay your respect at the memorial sculpture to honor Chilean naval fighters. With the remaining time, visit Palacio Baburizza. It was built in the late 19th century and it served as the official residence of Pascual Baburizza, a Croatian businessman. Later, enjoy a hearty Chilean dinner before returning to your hotel.

Your final day in the city can be spent on last-minute shopping and seeing those Valparaiso attractions that you haven’t yet had time for. If you still have time, fit in an amazing breakfast or lunch in the city. You could even squeeze in some souvenir shopping before you travel back to Santiago or other parts of Chile.

Have you been to Chile? Do you have any tips or suggestions to share? If so, you can leave your comments below. 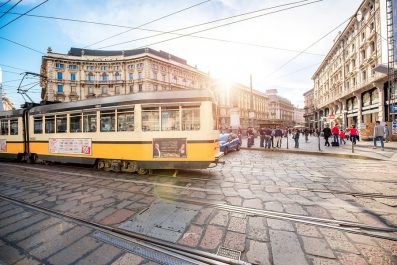 Best of Milan, Italy in 3 Days 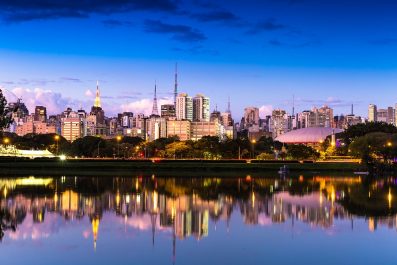