6 months ago
Where Would You Go
Central and South America

Mention you are going to Bolivia and most people would think about the Inca sites and the largest salt flats in the world. The country actually hosts one of the world’s most exhilarating festivals, the Carnaval de Oruro, which is one of UNESCO’s Masterpieces of the Oral and Intangible Heritage of Humanity. Bursting with colorful traditions, interesting attractions and places to visit, including plazas, museums and cathedrals, we have created a 3-day suggested itinerary packed with the best of Oruro. If you are traveling in Bolivia, why not visit Oruro as an extension of your trip?

Things to know before traveling to Bolivia:

Language – Being a Spanish colony for three centuries, Spanish have become the nation’s language which is widely spoken by majority of the people in the country. However, it is important to note that Bolivians still use their own like Aymara, Quechua and more than thirty other indigenous languages. Unlike its neighbor Brazil, most people in Bolivia do not speak English. Before you travel, learn to speak at least some Spanish phrases or words (or local dialects).

Currency exchange – The currency in Bolivia is Boliviano (BOB). Exchanging money in Oruriis easy and follows the same standard to elsewhere in South America. There are a few of money exchange houses (cambios) in the city, so exchanging major currencies like dollars, pounds or euros should not be a cause for concern. ATMs and credits cards are widely accepted, but check with your bank beforehand if there are any limitations. As a general rule, do not rely on credit or debit cards when traveling in Bolivia. It is still best to bring enough US dollar bills.

Safety and security – There is currently no nationwide security advisory in effect for Bolivia. Check your country’s travel advisory website to get the most up-to-date information for your personal safety abroad. Do not carry debit or credit cards with you, or hide it in your bra or shoes. There were incidents of robbery when offenders will escort you to an ATM and make you take out as much as you can. Leave your passport in the hotel’s safety deposit box and just carry a photocopy. Every traveler, especially solo female travelers, should take safety precautions because there has been incidents of reported armed robberies, sexual assault and violent crime targeting tourists.

Getting around – Getting around Oruro is pretty easy since it is very well connected by local bus systems. Regular buses (micros) serve the entire town and they are a great option because they are cheap and frequent. In addition to local buses, radio taxis and normal taxis are other transportation options in the city. Taxis with a “bubble” sign on top belong to a registered taxi company, while taxis with no “bubble” sign or phone number work independently.

The easily recognized Av. 6 de Agosto (you cannot miss the the railway track in the middle of the street) runs from north to south with the town center in the south and the bus terminal in the north.

Where to stay in Oruro:

If you’re lucky enough to be in Oruro 10 days leading up to Lent, then you can participate in the Carnaval de Oruro. During this time of the year, the city turns into a colorful and vibrant place, where thousands of dancers and musicians come together to bring local folklore, religion and culture to life.

Before the Spanish colonial era, the city was of significant religious importance because it was where the Aymara and Quechua people of the Andes worship their Andean deities. When it was conquered by the Spaniards in the early 17th century, Oruro was taken away from the indigenous people along with the rich minerals in the surrounding area. Just like Potosi, thousands of people were forced to work in the mine. Spanish priest also banned the practice of rituals for Andean deities. The locals, however, continued their Uru Uro rituals and made it look like a Catholic ritual to make the Spaniards happy. This old ritual was said to be where the Carnaval de Oruro originated.

The carnival starts with a ceremony dedicated to the Virgen del Socavon, also known as the Virgen de la Candelaria. The following days will be followed by day and night parades featuring native dance, music and costumes. To witness all the key events of the carnival, make sure to check the Carnival schedule as the start date of the carnival differs year to year.

On day 2, continue the fun with Carnaval de Oruro. You may also make time for Las Mina de San Jose, a small copper-gold mine located near the borders of the Atacama Region of Chile. This mine became known internationally when a mining accident occurred trapping 33 miners in 2010. A small part of the mine was converted into a museum where you can learn about the mining history of Oruro and the harsh conditions of the miners.

On your last day, set your alarm early so you can see as much of Oruro before your departure. Get a one last whirl through the city to take in any attractions that you might have missed. If you still have time or extra money to splurge, you may also join a 3-day tour of Sajama National Park, Bolivia’s oldest national park bordering the Lauca National Park in Chile. This tour normally includes a visit to Curahuara de Carangas, Laguna Huayña Khota, Geyser Fields, and Tombs of Macaya.

Have you been to Sucre or anywhere else in Bolivia? Do you have any tips or suggestions to share? If so, you can leave your comments below. 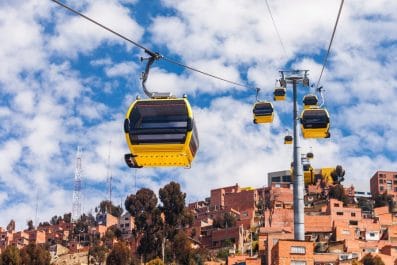 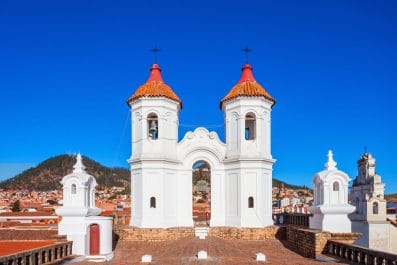