Situated on the Basilicata Region in Southern Italy is Matera, known for its charming town of cave dwellings carved out of the mountain that look like from the pages of a fairytale book. Matera’s scenery is awe-inspiring that once you set foot in its lands, you will feel you have traveled to a completely different country. 70 years ago, the people lived in the city with chronic poverty. Today, Matera has become a tourist hotspot. Whether this is your first trip to Italy or you’ve been here a few times before, a weekend adventure to the city opens up tons of new and interesting things to do. The sequence of activities and attractions below are just a guide and you can definitely change it to suit your interests.

Language – Italian is the official language of Italy.  Most Italian in the city and other main tourists spots, speak English so you can absolutely get by without speaking Italian language. Like other countries, speaking at least some Italian phrases or attempting to learn is greatly appreciated by the locals.

Etiquette – Most Italians don’t like vulgar and loud people. As a visitor, you are expected to behave politely and dress appropriately. When you enter a shop or restaurant, acknowledge the people by saying “Buon Giorno”. First impressions are important, so conduct yourself properly while being aware of any social hierarchies. Always greet with Signore (for a man) and Signora (for a woman) followed by the family name. If you get into conversation with an Italian, do not go on the subject of mafia as this is considered to be rude.

Currency exchange – Italy uses euros, the same currency now used by most Western European countries with the exception of the United Kingdom, Switzerland and Norway. Prior to traveling, you can buy some euros (enough for one day or whatever your preference) and then exchange your money in the banks to get the best rates. You can also use the ATMs (called “bankomat”) at all main squares of every town, major airports and train stations. Credits cards are commonly accepted in most shops, restaurants and hotels.  If you are going to take taxis, please note that most taxi drivers prefer cash payments as credit card transactions require them to pay a commission to the banks.

Getting there – Matera, the third-longest continuously occupied human settlement in the world, is located in Southern Italy. Traveling by train is possible via the Ferrovie Appulo Lucane, which is connected with most major cities in Italy. Take the train to Bari Central Station (Bari Centrale), get off at the Bari North Station, then take another train to Matera Central Station (Matera Centrale). You may also get there via the Ferrandina-Pomarico-Miglionico from Rome. Get off at the Ferrandina Scalo Bus Staion, then take a direct bus to Matera. You may use the Go Euro App or website to help you navigate independently in Italy.

Getting around – Matera is small enough to explore on foot. Make sure to download a map or print a map before your trip. Also, ask directions from your hotel since the orientation in Matera can be quite confusing. If you are short on time or you prefer less time walking, the city has bus network (do not run frequently) and taxis.

Where to stay – Matera offers heaps of accommodation to suit every pocket, from budget hostels to luxury cave hotels, where you can base yourself for your stay. Staying at one of the charming cave dwellings turned hotels in the city is one of those quintessential Materan experience which can’t be skipped. There are plenty of accommodations offered online, especially in Airbnb, so make sure to read reviews first before you make your reservation.

Hotels to consider in Matera:

Day by day itinerary: 2 days in Matera – one of the most picturesque towns of Italy

Depending on your time of arrival, you can either take it easy and soak up the atmosphere in Matera or you can begin your tour of its famous attractions. After your arrival, check into your preferred hotel/guest house. Rest and settle in before you start the tour. Make sure to drop by the Matera Tourist Information Office (Piazza Vittorio Veneto, 39) to get printed maps, bus schedules and tour recommendations.

Undoubtedly one of the best travel experiences in Italy is a visit to the ancient Sassi di Matera, the picturesque cave dwellings inhabited since the Paleolithic era. This walking tour can certainly be done on a DIY-style, but we recommend a guided tour so you can appreciate its cultural and historical relevance. Full day tours normally include a visit to the casa grotta reconstruction, cave churches, museums and local villages. Wear a comfortable walking shoes as you will do a lot of walking for today.

If you would go DIY-style, visit Casa Noha first so you can immerse yourself in what the ancient Sassi has to offer before you go. It features a 25-minute multimedia journey through the ancient history of Matera, from the prehistoric times to the present day. Another way to get acquainted with the city is by visiting Museo Nazionale Ridola, which is one of the most loved museums in Matera. A tour in this museum will give visitors insights into the ancient Sassi history as well as Basilicata’s prehistoric to Roman era history.

Then, Check out one of the casa grotta reconstruction in the Sassi. The rock formations that make up Matera were created by volcanic eruptions. During the ancient times, these rock formations were extensively used and modified by the first dwellers in the region. Casa Grotta di Vico Solitario and Antica Matera Casa Grotta, examples of typical cave dwellings in Old Matera, show how the peasants lived until the 20th century. Inside it you will find the small kitchen, stable where the animals used to live, a tiny room with bed, and a tiny space for bathing. It’s hard to imagine that all these things were inside a small cave dwelling. You’ll realize it was the reason why Matera had the highest child mortality rate in Italy during those times.

On day 2, start early and have breakfast at one of the open-air restaurant overlooking the Sassi. Then, enjoy a comfortable walking tour through the Sassi to see the attractions you missed the previous day.

After breakfast, visit Cripta del Peccato Originale (Crypt of the Original Sin) located inside a natural cave. Known as the Sistine Chapel of the Rock, this rock monastery has impressive frescoes with Late-Romanesque and Byzantine style. The paintings on the rough walls depicted biblical figures like

Declared a UNESCO World Heritage Site in 1993, the Sassi and the Park of the Rupestrian Churches of Matera is the most outstanding example of cave dwelling settlement since the Palaeolithic age. Aside from the houses built into the caves, the early settlers in Matera managed to build churches and monasteries, which remain intact to this day. Some of the churches we recommend are the Church of San Pietro Barisano, Church of Santa Lucia alle Malve, Church of Santa Maria de Idris and Church of San Giovanni.

In the late afternoon, make your way to Monastero di Santa Lucia, one of the most famous attractions in the city. The crisscrossing path leading up the hill is a perfect place for sunset viewing where you can get splendid panoramic views of the Sassi and the surrounding hills. The best time to visit is in the late afternoon so you can catch the sunset as well as see daytime and nighttime views of Matera. Then, head to one of the restaurants in the Old Town like Trattoria Lucana (Via Lucana, 48) to celebrate your last day in the city.

Have you been to Matera? Do you have any tips or suggestions to share? If so, you can leave your comments below.

Featured image: Scenic view of the “Sassi” district in Matera, in the region of Basilicata, in Southern Italy (Stefano_Valeri / Shutterstock.com) 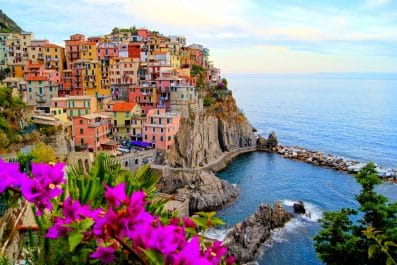 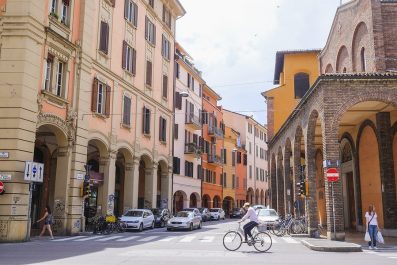 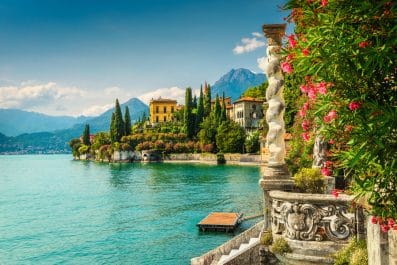