It’s been an extra-long time coming this year for the 7th Season of Game of Thrones. If you’ve been a fan of this award-winning TV show, then you probably have your personal Game of Thrones Bucket List. To honor the new Season 7 of Game of Thrones, we’ve put together a 3-day suggested itinerary that will take you to some of the places featured in the show filmed in Northern Ireland. For 3 days, you would be able to visit the dramatic and alluring locations where it all happened. If this is your first time in Northern Ireland, you may fine tune this itinerary to include some tourist attractions in between the suggested destinations.

Things to know before traveling to the land of “Game of Thrones”… aka Northern Ireland:

Language – English and Irish are the two official languages of Northern Ireland. Since Northern Ireland has slowly turned into  a multi-cultural society, which is now clearly visible almost everywhere, you’ll often hear people on the street, shops and restaurants speaking just about anything from  Scots (known as Ulster Scots) to Chinese to Arabic.

Currency exchange – The official currency in Northern Ireland is the British Pound Sterling, which is the same currency used in Wales, Scotland, and England. Foreign currency can be exchanged at banks and Bureau de Change Kiosks which are located in the airports and city centers. It is also good to know that there are plentiful of ATMs available throughout the country so you will surely have easy access to cash. If you plan to use your credit card in Belfast or other parts of the United Kingdom, check with your bank if they have a “chip and pin” or “chip and signature” credit card. The United Kingdom uses the “chip and pin” for added security.

Etiquette – The Irish are modest, tolerant and independent people. They are reserved and they value privacy. Their country doesn’t seem very foreign to many visitors but it’s important to remember some do’s and dont’s to enjoy a faux pas free journey. As a visitor, you are expected to behave politely and dress appropriately. On meeting, ensure an eye contact with a firm handshake with all attendees. Do not forget to say please and thank you when out and about.

Safety and security – There is currently no nationwide security advisory in effect for Northern Ireland. Check your country’s travel advisory website to get the most up-to-date information for your personal safety abroad. Observe the same precautions with your personal safety and health as you would in any other country. Although most visits are trouble free, remain vigilant because petty crimes like pick pocketing and theft do occur. For medical emergencies, fire and police services, dial 999.

Where to stay – There are many types of holiday accommodation in Belfast, from luxury hotels to cheaper accommodation like youth hostels and bed and breakfast. There are also plenty of apartment rentals if you prefer the comfort and convenience of having your own place with cooking facilities. The most frequent question from first time travelers is, “What’s the best area to stay in when visiting Belfast?” Without a doubt, the best area to stay in is the central to get easy access to most attractions and to get more hotel options. The Cathedral Quarter and Queens Quarter are also excellent neighborhoods for either a quick weekend getaway or a longer visit in the city.

Hotels to consider in Belfast:

Getting around – Belfast can be easily explored on foot or on a bicycle. You can either bike on your own or you can join one of the guided biking tours offered in the city. Also, traveling using public transportation in Belfast is relatively easy as all roads are well-maintained and the public transport system is one of Europe’s finest. If you are on a luxury vacation, consider hiring a driver to take you around Northern Ireland. This option is expensive but will give you complete control of the trip. Renting a car and driving on your own is another great option.

Detailed itinerary: 3 days in the land of “Game of Thrones”… aka Northern Ireland

On your first day, take in a few of Northern Ireland’s most famous attractions featured in the Game of Thrones. There’s  no better way to start your adventure than visiting the Castle Ward, known as Winterfell in the TV series. It is seat of the warden of the North and the ancestral home of House Stark. This was the location of Season 1 premiere and the filming site for much of the season.

Next stop is the Quintin Castle and the Quentin Bay, which are the filming locations of Castle Stokeworth. This was where Ser Bronn of the Blackwater and Jaime Lannister planned a secret mission to rescue Princess Myrcella from Dorne. Although the castle grounds is not open to public, visitors can take a stroll along the beach and marvel at the stunning Quentin Bay.

After lunch, make your way to the Tollymore Forest Park, which is located at Bryansford, near the town of Newcastle. This park is known as the Haunted Forest in Westeros, the vast expanse of wild woodland home to the wildlings the the White Walkers. This was also where the Starks found their newborn direwolves, and where the bastard Ramsey Bolton hunted Then Greyjoy when he escaped.

Last stop for day 1 is the ruins of Inch Abbey, where the Northern houses took up the cry of “the King in the North!” while rallying around Robb Stark, the young wolf. It is where the northerners camp in the Riverlands, before they marched towards King’s Landing.

If Belfast is your preferred base for this trip, then satisfy your hunger pangs with a morning visit to St George’s Market, open every Friday, Saturday and Sunday. One of the oldest attractions in the city, the market is the best way to experience the city’s local cuisine. Most visitors might not know it but the city offers inexplicable variety of food worth trying. You can grab some pastries and coffee while listening to live music from local bands and solo artists.

After breakfast, enjoy the scenic drive along the Causeway Coastal Route onward to Ballycastle, the location of the Dark Hedges Road. This otherworldly landscape known in the series as the Kingroads, is an ancient tunnel-like avenue lined with natural archway of intertwined beech trees. This was where Arya Stark escaped the Lannisters. At the end of the road, you’ll find the Gracehill House, where you can make a quick stop for lunch.

Then, make your way to the little seaside village of Ballintoy, known in Game of Thrones as Pyke on the Iron Islands, the stronghold of House Greyjoy and the home of the Ironborn. The nearby Ballintoy Beach was where Euron Greyjoy, brother of Balon Greyjoy, is drowned to submit to the Iron Throne and become king of the Ironborn. Do not miss to take the paths to the Carrick-a-Rede Rope Bridge, a swimming rope bridge where Beylon Greyjoy fell.

End the day at the gorgeous Shillanavogy Valley, which appeared in the Game of Thrones as the vast Dothraki grasslands. Khal Drogo rode across this vast expanse towards Vaes Dothrak with the Dothrakis and his new wife, Daenerys “Stormborn” Targaryen.

On the last day of filming location tour, start your day with a bang by visiting the scenic beach at Portstewart Strand while waiting for the sunrise. The huge sand dunes on this area is where Jaime Lannister and Brown of the Blackwater were captured by the Dornish soldiers.

Just a short drive from the Portstewart Strand is Mussenden Temple, a replica of the Roman Temple of Vesta. This is where Stannis Baratheon had converted to the Lord Of Light by Melisandre, and rejected the Faith of the Seven, which is the chief religion of Westeros.

After lunch, hike to the gorgeous mountain of Binevenagh, one of the most popular coastal mountains in Northern Ireland. The trail begins at the Leighrey Road, just off the Causeway Coastal Route. This is where Daenerys Targaryen escaped atop the dragon’s back from the fighting pits of Mehreen.

Head back to your hotel, then to the airport in time to check in for your international flight home, or you may opt to continue traveling independently in Northern Ireland, or extend your stay in Belfast.

This is the end of our 3-day suggested itinerary. Remember, this is just a guide for planning and is in no way, shape or form, the only way to travel Northern Ireland. There are several alternative routes of travel within the country and it will depend on your intended length of stay. Enjoy!

Have you been to any of the filming locations for Game of Thrones? Do you have any tips or suggestions to share? If so, you can leave your comments below.

Featured image: Mussenden Temple is a small circular building located on cliffs near Castlerock in County Londonderry, high above the Atlantic Ocean on the north-western coast of Northern Ireland (ShaunTurner / Shutterstock.com) 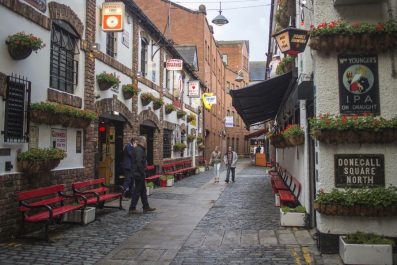 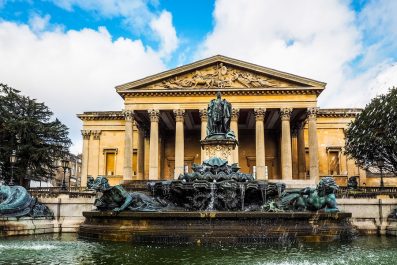 Best of Bristol, England in 3 Days 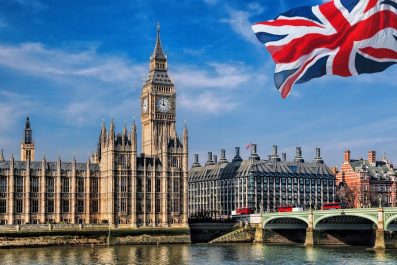