3 days of winter in Hallstatt, Austria

Ask anyone who’s been to Hallstatt in the winter if they could name another place with more beauty that’s both intimate and wild, and we’re confident they’ll tell you no. Though considered as a small city, Hallstatt is incredibly diverse. Although most visitors only get an overnight stay up to 2 full days in the city, we suggest spending up to 3 days so you can accomplish everything at an easy pace. Our 3-day suggested itinerary showcases the best of the city and what are the things you can accomplish in 3 days. You can absolutely make any changes you like, to adapt the tour to your preferences.

Things to know before traveling to Hallstatt, Austria:

Language – The official language of Austria is German, which is spoken by about 98% of the population. Most Austrians speak English, so you can absolutely get by without speaking the German language. Slovenian, Croatian and Hungarian are the other official languages of the country. Like in other countries, do not expect everyone to speak English so, speaking at least some German phrases or attempting to learn is greatly appreciated by the locals.

Getting there and around – If you are coming from Vienna, travel time to the city can last up to 135 minutes via the ÖBB Railjet high-speed train. If you are coming from Salzburg, then the ÖBB Railjet high-speed train will drop you off at Attnang-Puchheim station in just 50 minutes. From Attnang-Puchheim, switch to a local REX train to Hallstatt Bahnhof station. The local train shuttles you in across the lake from town, where you have to take a ferry to get to Hallstatt town proper. If you prefer a direct travel from Salzburg or Vienna, then you may take a bus, which gets you in the heart of Hallstatt. Once in the city, you easily explore on foot or on a bicycle. You can either bike on your own or you can join one of the guided biking tours offered.

Where to stay – There are many types of holiday accommodation in Hallstatt, from luxury hotels to cheap accommodation like youth hostels and bed and breakfast. If you are going to stick with this suggested itinerary, you would need to look for accommodation in the historic center, Hallstatt’s marketplace or at the shores of Lake Hallstatter. The most frequent question from first time travelers is, “What’s the best area to stay in when visiting the city?” Without a doubt, the best area to stay in is the historic center to get easy access to most attractions and to get more hotel options. If you want to experience peace and solitude, then are plenty of accommodation options with balconies and views of the lake.

Hotels to consider in Hallstatt:

Day by day itinerary: 3 days of winter in Hallstatt, Austria

There is no better way to get acquainted in the city than walking along the historic market square of Hallstatt. Located in the heart of the downtown, the market square is surrounded by picturesque little houses, restaurants, cafes and souvenir shops. Just like the other market squares in Europe, the market square in Hallstatt was the center of trade in medieval times. Your next stop is the Hallstatt Museum, which is one of the well-loved museums in Austria. Opened in 1884, Hallstatt Museum features vast collection of ancient discoveries from the Stone Age to the present. Here you’ll see plenty of prehistoric objects on display from the local salt mines of Hallstatt.

In the afternoon, once you are through with the market square and museums, take a stroll in the Old Town. Some people might think it’s touristy, but wearing traditional clothing in a foreign country is another way to learn about its culture and customs. Before you tour around the Old Town, rent a Disrndl for women or Lederhosen for men, traditional clothing worn in Austria.

On day 2, after having a filling breakfast, join a Salt Mine Tour at Salz Welten. The UNESCO World Heritage Site of Hallstatt located in the Hallstatt-Dachstein alpine region is widely known for its salt mine and salt production. By joining a guided tour, you will be introduced to the ancient salt mines of the region and you will learn how salt productions were done here for centuries. Salz Welten is also known for the large prehistoric cemetery found in the 19th century., where thousands of burials were found.

In the late afternoon, rent an electric boat and enjoy an amazing view of Hallstatt and the surrounding mountain region. Boating is probably one of the most fascinating experiences you could get in the city. Enjoy a nightcap or just get a delicious seafood dinner at the Market Square. Aside from its great selection of bars and restaurants, the market itself has a great atmosphere with an equally interesting history.

Taking into consideration that you most likely stayed out rather late the other night, you can start your third and last day in the city at around 10 to 11 in the morning. You may also dedicate this day wandering around Obertraun, a charming village near Hallstatt. The village is popular during the winter months because it offers plenty of winter activities. Located in the heart of the Salzkammergut Alpine Ranges, the village offers easy access to the Dachstein Ice Cave. Another attraction the village is known for is the 5 Fingers Viewing Platform, which provides the most spectacular view of Hallstatt.

Have you been to Hallstatt or anywhere else in Austria? Do you have any tips or suggestions to share? If so, you can leave your comments below. 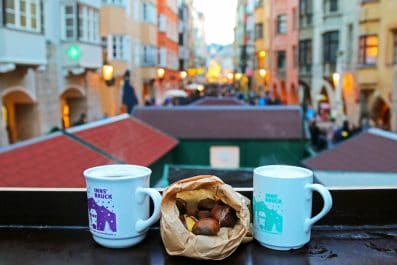 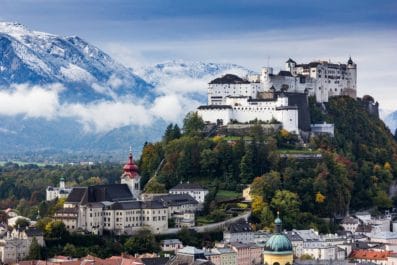 3 days in the Baroque city of Salzburg, Austria