The city of Granada, with the awe-inspiring snow-capped peaks of the Sierra Nevada as the backdrop, is perhaps the most romantic and dramatic destination in Spain. Our suggested itinerary is designed to show you the best the city has to offer and what are the things you can accomplish in 48 hours. Depending on your interests and travel priorities, you can certainly mix and match destinations, activities, and attractions.

Things to know before travelling to Spain:

Getting there – Federico García Lorca Granada-Jaén Airpor is the local airport that serves the city of Granada. It is a small airport so it might make more sense to fly to the airport in Malaga and then taking a bus to Granada. The trip is takes 2 hours and 30 minutes and a one-way ticket costs 11.43 – 13.72 Euro (12-14.30 USD).

Getting around – Granada features a good public transport network consisting of taxis, public buses and tourist buses. The center of the city is a fairly compact area which can be explored on foot or on a bicycle.  If you plan to bike around the city, please note the hilly topography of Granada, which can be a challenge to some people. You can also try Segway, a two-wheeled electric vehicle, which is an increasingly popular way to get around the city.

Where to stay – There’s a great variety of accommodation in Spain, ranging from small family-run pensions to five-star luxury hotels. In almost any town, there’s something for every level of comfort and budget. In Granada, it is recommended to stay near the Alhambra Palace to get easy access to the city’s famous attractions and get plenty of dining options.

Hotels to consider in Granada:

On your first day, take in a few of Granada’s most famous attractions and get an introduction to its rich history. A tour of The Alhambra, a UNESCO World Heritage Site, is a great way to get acquainted with the city. Join a guided tour to learn about its beautiful Moorish architecture and the history behind it. According to historians, the center of Moorish power was transferred in Granada after the fall of Cordoba in the 11th century, that’s why they built some of the most impressive structures (eg. The Alhambra) at that time. After your tour of Alhambra, take a stroll through the gorgeous Generalife (garden of paradise), a charming garden often said to have been a favorite of the kings of Granada. After your tour, you may ask your guide where to get the best tapa for your dinner later, that is if you have not done your research yet.

Grab some lunch at one of the many restaurants near Alhambra, which serve a set lunch menu called Menú del Día during weekdays. Menú del Día lets you choose one dish as a starter and another dish as your main course. Normally, these lunch sets include a drink, dessert (called Postre) and bread. Also, remember that lunch is quite late in Spain, usually between 1PM to 3 PM, so make sure to get a hearty breakfast before your tour.

After lunch, spend your afternoon at one of Granada’s best-loved churches like Granada Cathedral and Royal Chapel (Capilla Real). Next to the cathedral is Plaza Bib Rambla, a great place to people watch. In the late afternoon, pick a neighborhood to explore like Calle Navas, a lively street packed with bars and tapa restaurants. If you would like to get a few tasty drinks after tapa-hopping, then head to  Escudo 11 (Calle Escudo del Carmen, 11, 18009 Granada, Spain).

On day 2, wake up late and treat yourself to a delicious meal at one of Granada’s best breakfast spots like Café Lisboa, Alhambra Cafeteria, Monalisa and Loft Café. After breakfast, wander around Albayzín Barrio, an old Muslim quarter that retains its Medieval Moorish past. Do not miss to head up through the Mirador de San Nicholas for breath-taking city views. In the afternoon, go for shop at Alcaicería or La Tienda-Libreria de la Alhambra located just off Plaza Nueva. In the evening, make your way to the city’s hilltop gypsy caves to witness Sacromonte flamenco shows. After 2 days of walking around Granada, experience a little relaxation at Hamman Al Andalus, the most famous Arab baths in the city.

This is the end of our 48-hour suggested itinerary. Remember, this is just a guide for planning and is in no way, shape or form, the only way to travel the city. There are several alternative routes of travel within Granada and it will depend on your intended length of stay. Happy travel!

Have you been to Granada or anywhere else in Spain? Do you have any tips or suggestions to share? If so, you can leave your comments below. 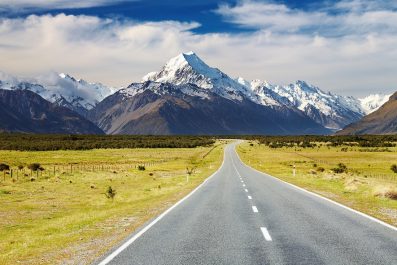 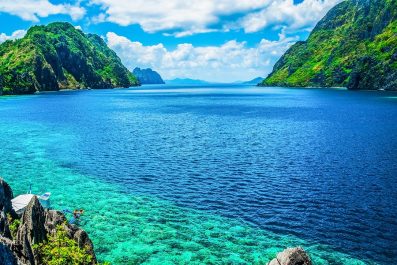 10 days in the Philippines 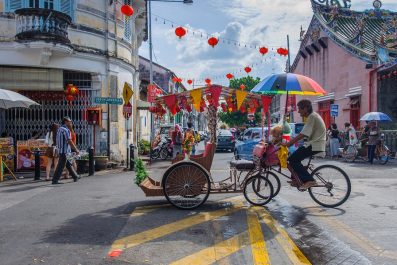