8 months ago
Where Would You Go
Europe

San Sebastian has long been famed as Spain’s culinary capital. The mix of world-class cuisine, laid-back Spanish charms and beach-side country living are some of the reasons why this beach town is one of Spain’s top tourist destinations.  If you’re a first-time visitor, with only 5 days, planning the trip and narrowing down the itinerary can be a daunting task. With our suggested itinerary, your visit to San Sebastian will be much more relaxed, and you’ll get a greater sense of the diversity of its landscape, food, and people. You can absolutely make any changes you like to adapt the tour to your preferences.

Things to know before travelling in Spain:

Getting there – Getting to San Sebastian from major Spanish cities like Madrid and Barcelona is easy. Its excellent infrastructures and location make it a place easy to reach by various transportation options. Take an international or domestic flight to one of the 3 airports – San Sebastián Airport (EAS), Bilbao Airport (BIO) or Biarritz Airport (BIQ). You can also travel by train, bus, rental car, motorbike or even a camper van.

Getting around – San Sebastián features an extensive public transport network consisting of trains, buses (run by the company Dbus), tourist buses, catamaran, and funicular railway. The center of the city is a fairly compact area which can be explored on foot or on a bicycle. You can bike on your own and enjoy the city’s bidegorris (cycle paths) or join one of the guided biking tours offered in the city.  If you have extra bucks to splurge, get a bird’s eye helicopter view of San Sebastián.

Where to stay – There’s a great variety of accommodation in Spain, ranging from small family-run pensions to five-star luxury hotels. In almost any town, there’s something for every level of comfort and budget. In San Sebastián, it is recommended to stay in Parte Vieja (Old Town) to get easy access to the city’s famous attractions and get plenty of accommodation options.

Hotels to consider in San Sebastián:

Your adventure in San Sebastián starts today. Check into your preferred hotel/hostel and hit the nearest sidewalk cafe for some freshly baked pastries and croissants. Some of the popular breakfast and brunch restaurants in the city are La Vina, Lanziego and Maiatza. After breakfast, you may go back to your hotel so you can rest a little bit before your gastronomic adventure in the afternoon.

One of the best ways to open the door to Spain’s culinary secrets is through San Sebastian’s food and drink. Join one of the food walks offered in the city which will introduce you to traditional and contemporary Spanish cuisine. Pintxos, which are small finger foods served at local bars and restaurants, are a great introduction to San Sebastian’s culinary scene. You can also do this tour on your own and make your way to some of the top rated restaurants in the city like Restaurante Kokotxa, Goiz Argi, Txepetxa and Zeruko.

On your second day, leave before dawn and wait for the sun of the new day to appear on the horizon from the beautiful seafront of San Sebastian. Waiting for the sunrise is probably one of the most fascinating experiences you could get in the city. After breakfast, visit some of the famous attractions around the Old Town. There’s no better way to get acquainted with the city than visiting Ayuntamiento de Donostia San Sebastian, the institution that governs the city. Also, not to be missed are Bibiloteca Municipal, San Vicente Church, Basilica of Santa María and  Museo San Telmo (Plaza Zuloaga, 1, 20003 Donostia, Gipuzkoa, Spain). Then, it’s time to hit the sun and bask in the laid-back beach culture of one of the world’s best beaches, La Concha Beach.

It’s another beach day today! Check out Ondarreta Beach, the smallest beach in San Sebastian. From La Concha Beach, walk along the small tunnel next to Miramar Palace to get to Ondarreta Beach. In the afternoon, visit the other beach in the city, Zurriola Beach. This beach receives much bigger waves compared to La Concha Beach and Ondarreta Beach because it not located in a protected bay, thus it is quite popular among surfers. Sure, surfing might not be for everybody, but Zurriola is a great beach to learn surfing. If you want to try surfing, you will be delighted to find several surf schools and rental stores.

On day 4, after having a filling breakfast, set out for the day and start your ride at the La Concha Promenade, a seaside promenade bordering the charming La Concha Beach. Around this area, you can visit  Plaza de la Constitution and Plaza de Gipuzkoa. Continue to the new part of San Sebastián and explore Plaza de Bilbao, María Cristina Bridge and Paseo de Francia. If you still have energy, be ready for a city nightlife hit at the Old Town.

Today is your last day in San Sebastián. Taking into consideration that you most likely stayed out rather late on your second night, you can start your second day at around 10 to 11 in the morning. Savor your last morning in the city with a relaxed breakfast in your room or at a nearby restaurant. Spend the rest of your day checking out some attractions that you might have missed. Fit in one last amazing lunch or dinner in the town. You could even squeeze in some souvenir shopping before you travel to the airport. Head to the airport in time to check in for your international flight home, or you may opt to continue traveling independently, or extend your stay in San Sebastian. The decision is all yours!

This is the end of our 5-day suggested itinerary. Remember, this is just a guide for planning and is in no way, shape or form the only way to travel the city. There are several alternative routes of travel within the country (check our “A week in Spain” guide) and it will depend on your intended length of stay. Enjoy San Sebastián!

Have you been to San Sebastián or anywhere else in Spain? Do you have any tips or suggestions to share? If so, you can leave your comments below. 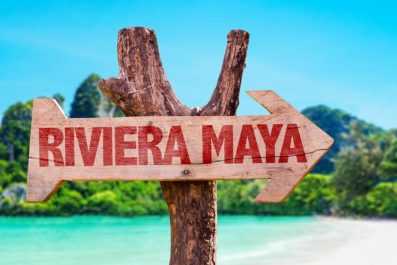 Discover Cancun and Riviera Maya in a week