Antwerp, known internationally as the city where the fashion gang ‘Antwerp Six’ started, is the northernmost province of Belgium. The historic city, with its Gothic Cathedral, old wharfs, diamond district, massive shopping centers and romantic central railway station, offers every visitors the chance to see both the old and the new Antwerp. With our 3-day suggested itinerary, your visit to Antwerp will be much more relaxed, and you’ll get a greater sense of the diversity of its attractions, food, and people. You can absolutely make any changes you like, to adapt the tour to your preferences.

Things to know before traveling to Belgium:

Language – French, Dutch and German are Belgium’s three official languages. The French spoken in Belgium is practically the same to the French spoken in France, with some differences in local terms and slang. The same thing also applies to the Dutch and German language which are very identical to the language in the Netherlands and Germany. Antwerp is situated in the Flemish region of Belgium so Dutch is the pre-dominant language spoken by locals. Most Belgian in major cities and other main tourists’ spots, speak English so you can absolutely get by without speaking their language. Like any other countries, speaking at least some Dutch phrases or attempting to learn is greatly appreciated by the locals.

Currency exchange – Belgium uses the euro, the same currency now used by most Western European countries with the exception of the United Kingdom, Switzerland and Norway. Prior to travelling, you can buy some euros (enough for one day or whatever your preference) and then exchange your money in the banks to get the best rates. You can also use the ATMs at all main squares of every town, major airports and train stations.

Safety and security – There is currently no nationwide security advisory in effect for Berlin. Check your country’s travel advisory website to get the most up-to-date information for your personal safety abroad. Keep your guard up at all times and avoid any streets that are not crowded.

Getting there – Antwerp is served by a small international airport that has regular flughts to London, Alicante, Barcelona, Málaga, Murcia, Nador and Rome-Fiumicino.  A better option would be to fly to Brussels and take the train to Antwerp. The trip is between 41 and 54  minutes and a one-way ticket costs 14.80 EUR (15 USD).

Getting around – Antwerp features a good public transport network consisting of taxis, public buses and trams. Although Antwerp is small enough to explore on foot, there are also plenty of other ways to get around. Biking is the most popular way to get around the city. Renting a car and driving on your own is not recommended because of heavy traffic and limited parking spaces. Taxis are also not recommended because they are expensive compared to other cities in Europe.

Where to stay – Antwerp accommodation options are diverse, with something for every level of comfort and budget. The most frequent question from first time travelers is, “What’s the best area to stay in when visiting Antwerp?” Without a doubt, the best place to stay in Antwerp is the area around the Cathedral of Our Lady (Onze-Lieve-Vrouwekathedraal), which is situated in the middle of everything. The Historic City Center (also called Old Town), the area around the Grote Markt (Great Market Square) and the Stadhuis (City Hall), is also a great option.

Hotels to consider in Antwerp:

On your first day, take in a few of Antwerp’s most famous attractions and get an introduction to its rich history. Start your tour at Antwerp’s main square and transport hub, The Groenplaats (Green Place). At the center of the square, you will find a statue of Peter Paul Rubens, a Flemish born Baroque painter. Continue your walk to the Cathedral of Our Lady, Belgium’s largest Gothic church. On the way to the Cathedral, you’ll pass by Grote Markt , another gorgeous square with numerous tall guild houses and a town hall. In the middle of the square stands the monumental Brabo Fountain, depicting the Roman soldier Salvias Brabo after his defeat of the giant Antigonus.

Grab some waffles for lunch at Van Hecke Waffle House (Nationalestraat 88, 2000 Antwerp, Belgium), the oldest waffle house in Antwerp. After lunch, make your way to the Royal Museum of Fine Arts (Leopold de Waelplaats 2, 2000 Antwerpen, Belgium) which houses a massive collection of paintings, drawings and sculptures from the 14th to 19th century. Then, go window-shopping along Schuttershofstraat, home to high-end labels like Hermes and Gucci. If you still have energy, head to Dries Van Noten’s flagship store (the most famous member of the Antwerp Six) at Nationalestraat 16. End the day at the west bank of the Scheldt and enjoy Antwerp’s skyline.  Another option is MAS (Museum aan de Stroom, located at Hanzestedenplaats 1), which offers free access to their rooftop.

If you are a catholic and your second day happens to be on a Sunday, rise early and head to St. Paul’s Church (Sint-Pauluskerk) to attend a celebration of the Mass. Situated on  the Veemarkt, you will also find the Baroque clock tower which dates back to 1680. Non-Catholic visitors may also visit the church to see its impressive interior furnishings and paintings by Peter Paul Rubens and many others.

After the mass, grab some breakfast at Caffe Mundi Restaurant (Oude Beurs 24, Antwerp 2000, Belgium). They serve the best coffee in town and some hearty dishes. Then, head south of the Grote Markt until you reach Plantin-Moretus Museum, home of Christophe Plantin. Your next destination is the Port of Antwerp, one of the major seaports in Europe.

In the afternoon, walk along the world-famous Diamond District located outside Antwerpen-Centraal (Antwerp Central Station). Avail a free guided tour at DiamondLand  and learn about the diamonds and its origin. On this tour, you will be able to see how the goldsmiths and cutters polish diamonds. If you have some extra cash to splurge on a diamond jewelry, then this is the best time to purchase! The diamonds they sell are straight from the source so expect the prices to be very competitive. After your diamond tour, get ready for a nightlife hit at Café Local.

Taking into consideration that you most likely stayed out rather late the other night, you can start day 9 at around 10 to 11 in the morning.  Get a one last whirl through Antwerp to take in any museums or other attractions that you might have missed.

Or you can choose to rise early and embark on one of the most interesting day trips out of Antwerp by heading to Ghent, another famous architectural city in Belgium. A fantastic way to get acquainted with the city is a canal boat cruise down the Leie and Scheldt Canals that intersect Ghent. Some of the attractions you can visit on this day are Cathedral of St. Bavo (Sint–Baafskathedraal), Gravensteen, The Belfry, Town Hall (Stadhuis), Old Market and Museum door Volkskunde. To get to Ghent from Antwerp, take a train from Antwerpen-Centraal (Antwerp Central Station) to Gent St Pieters. Travel time is approximately 50 minutes and one way fare is about 10 euros.

This is the end of our 3-day suggested itinerary. You may extend your holiday for as long as you prefer or until you get to see all attractions that interest you. Take time to meet the locals, sample the best Belgian dishes and learn about the diamonds in Antwerp. If the pace gets too hectic, then reorder your sightseeing priorities. Happy travel!

Have you been to Antwerp or anywhere else in Belgium? Do you have any tips or suggestions to share? If so, you can leave your comments below. 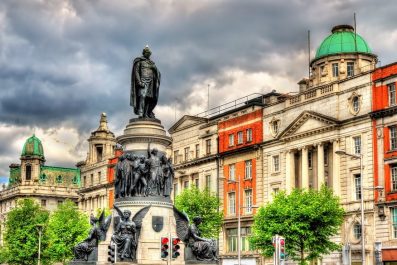 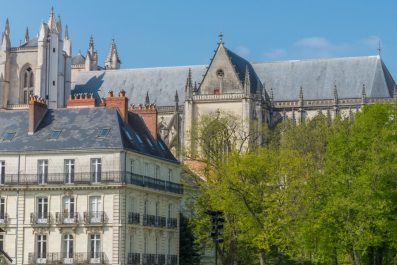 A less known French destination – The Best of Nantes, France in 3 Days 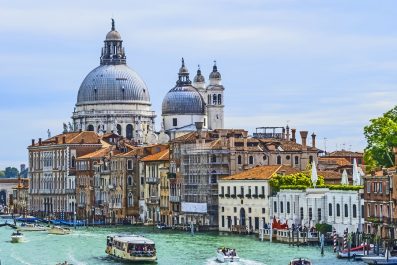 Explore the Charming City of Venice in 5 Days