Known as a UNESCO World Heritage Site, the Old Town of Bamberg is famed for its charming medieval appearance that look like from the pages of a fairy tale book. Its scenery is awe-inspiring that once you set foot in its lands, you will feel you have entered a time capsule. Extending over seven hills, each crowned by a church, the city gained a title as “Franconian Rome.” Although most visitors only visit the town on a day-trip tour from Frankfurt, we suggest staying overnight so you can accomplish everything at an easy pace. Our 2-day suggested itinerary showcases the best of the city and what are the things you can accomplish. You can absolutely make any changes you like, to adapt the tour to your preferences.

Things to know before traveling to Bamberg, Germany:

Language – The official language of Germany is German which is spoken by majority of the population. Most German speaks English, so you can absolutely get by without speaking German language. However, not all people in Germany can speak English so learning a few basic German words and phrases is recommended. Just like in other countries, speaking at least some German phrases or attempting to learn is greatly appreciated by locals.

Currency exchange – Germany uses Euros, the same currency now used by most European Union countries with the exception of Hungary, Romania, Bulgaria, Croatia, Czech Republic, Poland, Denmark, Sweden and the United Kingdom. Prior to traveling, you can buy some euros (enough for one day or whatever your preference) and then exchange your money in the banks to get the best rates. You can also use the Geldautomat (ATM), exchange bureaus which can be found at the airports, major railways stations and in other tourist areas.

Safety and security – There is currently no nationwide security advisory in effect for Germany. Check your country’s travel advisory website to get the most up-to-date information for your personal safety abroad. Although most visits are trouble free, remain vigilant because petty crimes like pick pocketing and theft do occur.

Getting there – By taking the train from Frankfurt, with a train transfer, you will arrive at Bamberg Bahnhof Train Station in 2 hours and 45 minutes. From other major cities in Germany like Berlin, Nuremberg and Munich, you may take the ICE High-Speed Trains to get to the city. If you prefer a direct travel from Frankfurt, then you may take a direct bus service with Flixbus, which gets you in the heart of the city.

Getting around – Metro buses (Strassenbahn) is the cheapest and most popular way of getting around. Bamberg Bahnhof near the Market Square (Marktplatz) is the main transport hub, where you can get your BAMBERGcard if you plan to take public transport often. You may also try the Bamberger 6 Huegel-Tour, the 6-hills tour of Bamberg Tram. Bicycle and e-bike rentals are also available at Bamberg and Rad for a minimal fee (more info here).

Where to stay – Bamberg has some of the hostels, villas and luxury hotels ideally nestled in the heart of town. The most frequently asked question from first time travelers is, “What’s the best area to stay in when visiting the city?” We recommend to stay in Bamberg Altstadt (Old Town) to get easy access to the town’s famous attractions and get plenty of dining and accommodation options.

Hotels to consider in Bamberg:

Make sure to drop by the Bamberg Tourismus near the Altstadt parking to get printed tourist maps, bus or train schedule and tour recommendations. Rest a little at your chosen accommodation. After brunch, take in a few of Bamberg’s most famous attractions and get an introduction to its rich history.

Start your tour at the historic Bamberg Altstadt (Old Town), a great way to get acquainted with the city. This area is comprised of three historical centers – the island town, the episcopal town and the market gardener’s town. At the episcopal town, you will find the 13th century Bamberg Cathedral (Cathedral of St. Peter and St. George), one of the most highly celebrated cathedrals in Germany. It contains many historical works of arts, the tomb of King Henry II and Kunigunde, tomb of Pope Clement II, and the iconic Bamberg Horseman (Bamberger Reiter).

After your cathedral tour, spend the afternoon at Cathedral Square (Domplatz), one of the most impressive squares in Germany. Here you will find the 11th century Alte Hofhaltung Palace, the old residence of the 16th and 17th centuries bishops, and the Neue Residenz, the new residence for the bishops after the 17th century. Another attraction you shouldn’t miss is the Bamberg Altes Rathaus, built on the river Regnitz, which is the seat of the government of Bamberg. The town hall itself has a magnificent Renaissance architecture with an equally interesting history.

In the evening, get a taste of Bamberg’s nightlife by getting some smoked beer (Rauchbier). You may also watch a 90-minute shadow play at the Theater der Schatten depicting the 1000-year-old history of Bamberg.

Get a full German breakfast to start your second day. They usually have smoked fish, boiled eggs, meats, potatoes, different cheeses, jams and jellies along with yummy breads of all kinds. A filling breakfast gives you plenty of energy as you set out this morning for a self-guided Bamberg Beer Tour at the 11 breweries within Bamberg. You may also join a brewery tour if you want to get an in-depth knowledge about the smoked beer.

In the afternoon, check out from your hotel/hostel. Leave your stuff at your hotel’s storage room before you go for last-minute shopping and seeing those attractions that you haven’t yet had time for. If you happen to be in the city in August, then you are very lucky to have a chance to participate in the annual Bamberg Sandkerwa, a Kermesse (festival) celebrated with smoked beer (Rauchbier).

Have you been to Bamberg or anywhere else in Germany? Do you have any tips or suggestions to share? If so, you can leave your comments below. 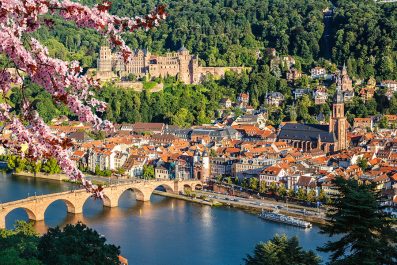 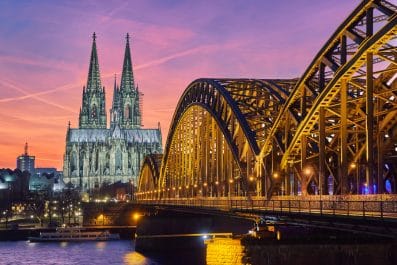 Best of Cologne, Germany in 3 days