Best of Milan, Italy in 3 Days

Home of Italy’s stock exchange, Milan is the forefront fashion and design capital, which continuously attract visitors from all over the world. Known for its high-end shopping and dining, Milan is also full of historical attractions and major monuments. It’s a long way to come for just 3 days, but if that’s all you can spare, then this 3-day suggested itinerary will be very useful. There are of course numerous other destinations in this city so you might want to mix and match the suggestions below to create your own itinerary.

Things to know before traveling to Italy:

Language – Italian is the official language of Italy.  Most Milanese in the city and other main tourists spots, speak English so you can absolutely get by without speaking Italian language. Like other countries, speaking at least some Italian phrases or attempting to learn is greatly appreciated by the locals.

Money and currency – Italy uses euros, the same currency now used by most Western European countries with the exception of the United Kingdom, Switzerland and Norway. Prior to travelling, you can buy some euros (enough for one day or whatever your preference) and then exchange your money in the banks to get the best rates. You can also use the ATMs (called bankomat) at all main squares of every town, major airports and train stations.

Getting there – Milan has two main international air gateways, Linate airport (only 5 mi from Milan’s center) and Malpensa airport (very well connected to the city center). Sometimes referred to as Milan’s additional airports, Bergamo’s Orio al Serio airport (28 mi East of Milan) and Parma airport (62 mi South of Milan) mostly host budget airlines. A round-trip ticket from New York to Milan’s Malpensa starts at 590 USD. From Amsterdam – a round-trip ticket could be found for 68 USD (Vueling  airlines); from London you can fly to Bergamo’s Orio al Serio airport near Milan for 60 USD (round-trip); from Rio de Janeiro – 539 USD and up (great price); from Dubai – 386 and from Hong Kong – round-trips start at 533 USD.

Getting around – Milan features an extensive public transport network consisting of trains, buses, trams and subway system.  The center of the city is a fairly compact area which can be explored on foot or on a bicycle. Renting a car and driving on your own is not recommended because of expensive and limited parking spaces.

Where to stay – Milan has a wide range of accommodation options, with something for every level of comfort and budget. There are also plenty of apartment rentals if you prefer the comfort and convenience of having your own place with cooking facilities. Centro Storico is the best base for you to visit Milan’s main attractions if you are staying for a short period of time. Choose Porta Romana or De Angeli district if you don’t want to stay in the center, but you want to be near tourist attractions.

Hotel to consider in Milan:

Assuming you had to cross an ocean to get to Milan, your first day will be rife with jet lag. Take a flight that arrives in Linate, Malpensa or Bergamo Airport as early as possible and check into your preferred hotel/hostel. Linate Airport, the closest airport to Milan, is about 8 kilometers away from the center. Due to its proximity, prices tend to be higher compared to the other airports. To walk off your jet lag, hit one of the quirky breakfast and brunch spots in Centro Storico.

In the afternoon, begin your Centro Storico tour. There’s no better way to get acquainted with the city than visiting Milan’s Duomo Cathedral, the extravagant Gothic cathedral which took almost 6 centuries to complete. The impressive cathedral contains over 3,000 statues, 700 figures and 135 gargoyles, which truly makes it awe-inspiring. On clear days, you may also take the lift or use the stairs to the rooftop so you will experience the breathtaking views across Milan. Then, head to the refectory of the Convent of Santa Maria delle Grazie to see Leonardo Da Vinci’s masterpiece, The Last Supper.

At night, enjoy the best dining in the city by trying some of the famous restaurants such as Da Vic – Ristorante Guerrini , Savana Ristorante Eritrea  and Sapori Solari.

On the morning of day 2, get set to experience the glories of Milan. Start by grabbing some breakfast. A typical breakfast in Italy is a simple combination of strong espresso and a fresh croissant. If you like a more hearty food, remember that breakfast is not the most important meal in Italy, so you have to know where to go to get a satisfying meal. You can try Sant’ Ambroeus, Pasticceria Cova, Pasticceria Marchesi and Gattullo. After breakfast, make your way to Cimitero Monumentale di Milano (Monumental Cemetery of Milan), one of the two largest cemeteries in Milan. Then, head to Chiesa di San Maurizio al Monastero Maggiore, a former Benedictine female monastery.

In the afternoon, take a stroll through Navigli, the historic district with sophisticated system of navigable canals. it is believed that Leonardo Da Vinci designed the canals to connect the city, to transport merchandise and to irrigate the fields. Unfortunately, most of the canals have been paved over and only 2 remains. In the evening, you may watch a ballet or opera in La Scala Opera. For performance schedule and ticket prices, visit their official website.

Your final day in Italy can be spent on last-minute shopping and seeing those Milan attractions that you haven’t yet had time for. You may also dedicate this day to Brera District, situated to the left side of La Scala Opera. Also, not to be missed is Pinacoteca di Brera, Milan’s main art gallery. Head back to your hotel, then to the airport in time to check in for your international flight home, or you may opt to continue traveling independently in Italy, or extend your stay in Milan.

This is the end of our 3-day suggested itinerary. Remember, this is just a guide for planning and is in no way, shape or form the only way to travel Milan. There are several alternative routes of travel within the area and it will depend on your intended length of stay. Enjoy Milan!

Have you been to Milan or anywhere else in Italy? Do you have any tips or suggestions to share? If so, you can leave your comments below. 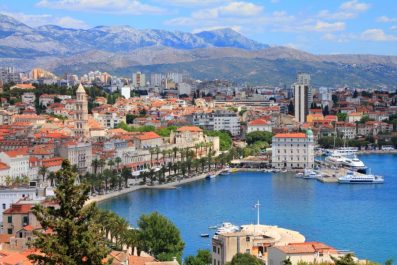 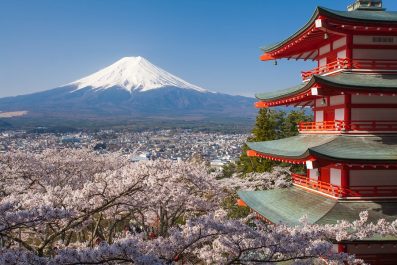 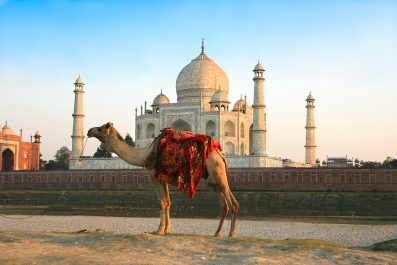