Bologna has long been famed as one of Italy’s culinary destinations, which continuously attract foodies from all around the world. Home to the oldest university in the Western world, the University of Bologna, this walled medieval city is full of charm, rich history and culture. Our 48-hour suggested itinerary is designed to show you the best the city has to offer and what are the things you can accomplish. Depending on your interests and travel priorities, you can certainly mix and match destinations, activities, and attractions.

Things to know before travelling to Italy:

Language – Italian is the official language of Italy.  Most Bolognese in the city and other main tourists spots, speak English so you can absolutely get by without speaking Italian language. Like other countries, speaking at least some Italian phrases or attempting to learn is greatly appreciated by the locals.

Money and currency – Italy uses euros, the same currency now used by most Western European countries with the exception of the United Kingdom, Switzerland and Norway. Prior to travelling, you can buy some euros (enough for one day or whatever your preference) and then exchange your money in the banks to get the best rates. You can also use the ATMs (called bankomat) at all main squares of every town, major airports and train stations.

Getting there – Bologna Guglielmo Marconi Airport is an international airport serving the city of Bologna in Italy. The airport is only 6 km from the town center and 200 km south-east of Milan, which makes Bologna an ideal two-day trip if you visit Milan (train ticket from Milan to Bolgna and back costs 21 USD). The airport serves direct flights to many European destination: round-trip ticket from Amsterdam starts at 69 USD; from London – 43 USD; Berlin – 71 USD

Getting around – Although Bologna is small enough to explore on foot, there are also plenty of other ways to get around. Biking is the most popular way to get around the city. If you are on a luxury vacation, consider hiring a driver to take you around. This option is expensive but will give you complete control of the trip. Taxis are also great alternative but keep in mind that this option is also expensive.

Where to stay – There’s a great variety of accommodation in Italy, ranging from small family-run pensions to five-star luxury hotels. In almost any town, there’s something for every level of comfort and budget. In Bologna, it is recommended to stay anywhere near Piazza Maggiore to get easy access to the city’s famous attractions and get plenty of dining options.

Hotels to consider in Bologna:

On the morning of your first day, get set to experience the glories of Bologna. Start by grabbing some breakfast. A typical breakfast in Italy is a simple combination of a quick espresso or cappuccino and pastry such as a croissant. An assortment of pastries is also available too. If you like a more hearty food, head to Bakerystation (Via Don Luigi Sturzo 30, Bologna, Italy) which serves the quintessential American breakfast. Grand Hotel Majestic (Via Indipendenza 8) is another great option. The best thing about Grand Hotel Majestic is that you don’t have to be a hotel guest to avail their delicious breakfast.

After breakfast, begin your sightseeing at Piazza Maggiore (Major Square), the heart of Bologna. In this area, you will see Fonatana di Nettuno (Neptune’s fountain),  Palazzo del Podestà (Palace of the Pedestal), The Palazzo Comunale (City Hall), San Petronio Basilica and The Palazzo dei Banchi. These structures are some of the most significant urban projects in Medieval Bologna, which make Piazza Maggiore as the symbolic core of the city. In the afternoon, dive deeper into local experience by visiting one or two of Bologna’s best loved museums like the Pinacoteca Nazionale di Bologna (Via delle Belle Arti 56, 40126 Bologna, Italy)  and Museo di Palazzo Poggi (Via Zamboni 33, 40126 Bologna, Italy). For dinner, sample delicious Bolognese fare such as tortellini (a filled pasta dumpling with cream sauce), tortelloni (the bigger version of tortellini) and green lasagna Bolognese.

One of the best ways to open the door to Bologna’s secrets is through the city’s food and drink. Make your way to Mercato delle Erbe (Via Ugo Bassi, 25, 40121 Bologna, Italy), Bologna’s main indoor market. Sample a few panino stuffed with prosciutto, then fill your shopping bag with some cheese, fresh produce, chocolates and baked goods. Then, make your way to Centro San Domenico (Piazza S. Domenico, 12, 40124 Bologna, Italy), where the remains of Saint Dominic were laid to rest. Just before lunch, head to Asinelli Tower (Piazza di Porta Ravegnana, 40126 Bologna, Italy) and enjoy the beautiful view of Bologna’s red roofs.

After lunch, head to the University of Bologna, the oldest university in Europe. Dating back to 1088, the university attracted some of Europe’s great thinkers like Pico della Mirandela, Nicolaus Copernicus, Francesco Petrarch and Henry of Segusio. The university houses a number of interesting attractions such as Anatomical Theatre, Museum of Zoology, Physics Museum and Herbarium. In the afternoon, soak in the atmosphere of Bologna and make your way to Giardini Margherita, the largest urban park in the city. To celebrate a successful trip in Bologna, treat yourself to dinner at Osteria Broccaindosso (Via Broccaindosso, 7/A, 40125 Bologna, Italy). If you still have the energy, experience the city’s lively entertainment and nightlife at the University quarter.

This is the end of our 48-hour suggested itinerary. Remember, this is just a guide for planning and is in no way, shape or form the only way to travel the city. There are several alternative routes of travel within the country and it will depend on your intended length of stay. Enjoy Bologna!

Have you been to Bologna or anywhere else in Italy? Do you have any tips or suggestions to share? If so, you can leave your comments below. 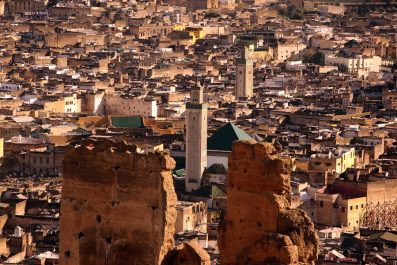 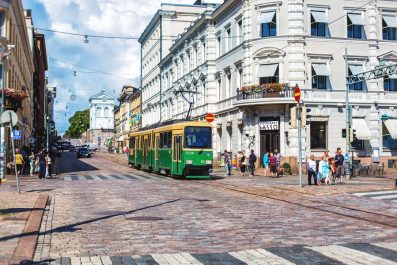 What to do in Helsinki, Finland in 3 Days