We could barely believe our eyes when we arrived at Funchal Airport – Madeira. Landing on a rather small island was quite exciting, but the landscape-a natural amphitheater overlooking the ocean and the amazing nature, even more so. And all this and more, was going to be ours for the next few days for just under 1000 GBP (1500 USD)! Given the fact that we booked the holiday well in advance, round-trip flights (from Gatwick) and three nights at the 5 star Pestana Grand Ocean Resort (breakfast included ) came to just over 300.00 GBP (450 USD) per person. Money well spent! Plenty of other options to stay of course are available for a bit less. If you insist on direct flights you’ll have to spend a bit more.

Things to know before travelling to Madeira:

1.Language – The official language of Portugal is Portuguese. Foreign travelers should not be discouraged from traveling in Portugal if one does not speak Portuguese because the Portuguese have a good understanding of English. Language should not be a concern while traveling on public transport as most signs have an English translation and all tourist attractions provide leaflets in English. Like most countries in the world, attempting to say a few basic words in Portuguese are always appreciated by the locals.

2.Money and costs – Portugal uses the euro, the same currency now used by most European Union countries with the exception of Hungary, Romania, Bulgaria, Croatia, Czech Republic, Poland, Denmark, Sweden and the United Kingdom. Prior to travelling, you can buy some euros (enough for one day or whatever your preference) and then exchange your money in the banks and bureau de change to get the best rates.

3.Etiquette – The Portuguese are modest, traditional and conservative people. They are reserved and they value privacy. In Portuguese society rank is very important, and those senior to you must always be treated with respect. In social meetings, people shake hands with everyone present. Always greet with titles unless you’re on familiar terms with them or until your Portuguese friend suggests otherwise. In Portugal, men are addressed as Senhor (Mister) and women as Senhora (Mrs./Ms.).

4.Getting there – Madeira is an island in the Madeira Islands, a Portuguese archipelago. Its capital city is Funchal and this as well is the name of the main airport in Madeira. Expect connecting flights via Lisbon or London in order to reach the island but if you are already in the area there are pretty good deals with EasyJet – we found a round-trip tickets between Lisbon and Funchal for 45 USD.

5.Getting around – Lisbon features an extensive public transport network consisting of buses (autocarro), trams (electrico) and Funicular system.  The center of the city is a fairly compact area which can be explored on foot or on a bicycle. If you plan to bike around the city, please note the hilly topography of Lisbon and cycling infrastructure make it somehow challenging. Another reliable option when getting around is by Taxi. There are plenty of taxi companies and taxi rides are fairly inexpensive compared to other European cities.

6.Where to stay – There are many types of holiday accommodation in Lisbon, from luxury hotels to cheaper accommodation like youth hostels and bed and breakfast. There are also plenty of apartment rentals if you prefer the comfort and convenience of having your own place with cooking facilities. For first time visitors, we would recommend the Bairro Alto, the Baixa or the Rossio area as these area are centrally located and close to restaurants and nightlife.

Where to stay in on Madeira:

As soon as we unpacked, we were on a hunt for a beach, only to realize that there wasn’t quite one as such. Some hotels do have private beaches with lounge chairs and lifeguards but even in that case the beach is pebbles not sand (unfortunately!).There was a small public beach not far from our hotel to which you get to via a walkway made from wood pallets, painted in all colors one can imagine. You do swim on own risk and we definitely felt the currants, but as long as you’re careful-it’s worth it. Even the pebbles are not so bad after a while but I still prefer sand though! On the other hand, I have no complaints from the hotel swimming pool-given the ocean water they were using and the view of the ocean at the same, it almost felt as if I’m there!

We spent our first evening in Madeira in one of the many surrounding restaurants. Going for the so called “tourist menu” was a good choice as it gives you a starter, main and pudding all for just under 10 euros (15 USD)! Not including the drinks, but that was not a big deal since the drinks were not pricey either!

We started the next day with a breakfast by the pool (including a glass of bubbly… just couldn’t resist it), after which we got ourselves ready for a little boat trip in the lookout for dolphins and whales. I booked it in advance for 30 euros (32 USD)per head but it would have been the same had we done it there too. Some companies even combine few activities for a cheaper price.

The trip itself was rather nice as we could see most of the surrounding areas up on the hills and take pictures too,as the boat wasn’t moving too fast. The weather was just perfect for the occasion and we managed to see some dolphins, as promised by the ticket agent. Had we been keen on getting really close and even swimming with them, that would have been 30 more euros each (32 USD and I guess it would be totally worth it!).  Definitely we should opt for it the next time I’m here!

We did stop for a half an hour for a swim in the ocean near Cabo Girao which is Europe’s highest sea cliff as well as the second highest sea cliff in the world with its 580 meters above sea level and breathtaking views from the glass sky-walk. Had we done a bit more research beforehand, we could have been able to visit it too! It’s a free attraction but for 5 euros (return trip) one can take the cable car down to the terraced fields of Fajas de Cabo Girao.

Another rather big tourist attraction is the statue of Ronaldo on the harbor. In all honesty, if it didn’t say it was him, I would never have guessed it. I did think that it’s someone famous as people were taking pictures while we were waiting for the bus to take us to the hotel, but had to look twice to make sure it was him.

For our second day we had planned a visit to the Botanic Gardens. We found out about it the day before when we were wandering about after the boat trip and saw it advertised on one of the kiosks that sell tickets for it. We booked it together with a return trip on the cable car from the gardens to the town on top of the hill, called Monte for just under 30 euros per person. One of the attractions in Monte is going on a toboggan from the top of a very steep street to the bottom. It costs 25 euros (26 USD)and is a sort of two-seater wicker basket which glides on wooden runners and is ‘operated’ by two men, wearing traditional white cotton clothes, straw hats and use the rubber sole of their boots as breaks. This unusual form of transport attracts thousands of tourists each year. Given the fact that mum didn’t fancy the view of the even steeper valley from the cable car, we decided to give the toboggan a miss.

Our journey from the Gardens (which were really amazing by the way, you can easily spend half a day there admiring them as well as making the most of the view of the whole island at the same time) to the center of Funchal was equally extreme though. The rather vintage bus seemed to be moving quite fast for its age on the impossibly narrow streets. I still don’t know how two buses/bus and car/or two cars can overtake or pass by each other without anyone (or the nearby house) getting damaged!!! Masterclass! And great skill! And I guess, many years of practice while living on the island!

On the last day we headed straight to the city center which with its quaint and narrow winding streets is perfect for long walks. We came across numerous picturesque squares and churches, some of which date back to 15th century, such as the Se Cathedral (R. do Aljube 13, 9000-067 Funchal, Portugal; tel: +351 291 230 091). The perfect place for taking pictures while admiring the ornaments and architecture. Another must-see place is the Mercado dos Lavradores (Workers’ Market) – an amazing mixture of smell and colors. The very friendly stall holders would happily let you taste the produce without pushing you too much to buy anything… not that we needed any encouraging to do that!

Another great way to have a look around Funchal is by their own hop-on sightseeing bus. For 12 euros (13 USD) and commentary in English, it takes you to all sorts of interesting places to visit. If you have a bit of an extreme streak in you (just like me), you’ll definitely like the alternative way of admiring the great views of Madeira, which is by rock climbing! There are few certified companies that offer that and the price is usually around 60 euros per person. One of the options takes place in Eastern Madeira inside the Madeira National Park in Canical. The difficulty level is low to medium and therefore suitable for all ages. Definitely on my to-do list for the next time I’m here. That and scuba diving! Again, many companies offer that for similar prices. One of them gives you the option of tailor made package. The price for 5 dives is around 110 euros  (115 USD) and includes all equipment needed, as well the transportation and an instructor… and of course, amazing fauna and underwater landscape. So I better start saving up now!

Have you been to Madeira, Portugal? Do you have any tips or suggestions to share? If so, you can leave your comments below.

Ralihttp://amzn.to/1Q8o8LF
This is the beginning of the long journey called life,that Alice is starting anew in hope that she'll find a trusted someone who'll lead her in the right direction.In order to get to this starting point she goes through some awkward conversations,complicated relations,amazing and even a bit amusing revelations,some banter,some alcohol and few odd stories from her old life that she's determent to leave behind for good. 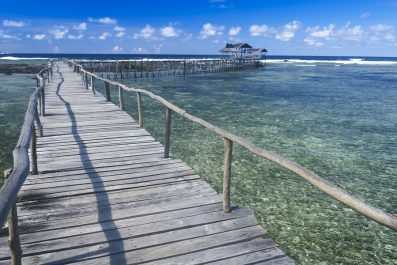 Sleep, eat and surf – one week on Siargao Island, Philippines 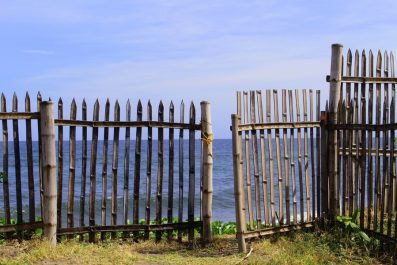 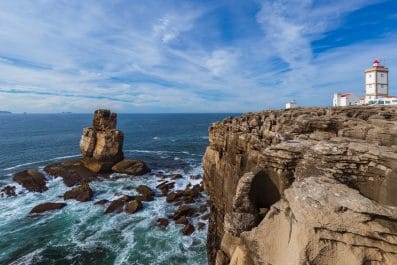 Best of Peniche, Portugal in 3 days