Escape to Mérida, Mexico for 3 days

One of the world’s most beautiful and compelling cities, Mérida has old world charm and yet it remains an underrated destination. Along with its thriving art scene and excellent cuisine, there are thousands of reasons why Mérida charms everyone who visits.  With our 3-day suggested itinerary, you would have a real taste of this captivating city, you will be introduced to the best attractions and you will be able to visit the lesser-known ancient Mayan ruins. You can absolutely make any changes you like, to adapt the tour to your preferences and create your own itinerary.

Things to know before traveling to Mérida, Mexico:

Language – Being a Spanish colony for three centuries, Spanish have become the nation’s language which is widely spoken by majority of the people in the country. However, it is important to note that the people also use Mexican Spanish, a manipulation of the Spanish language which has its own distinct pronunciation, grammar, and slang. Ergo, tourists who speak Spanish might have a hard time understanding when the locals speak Mexican Spanish.

Currency exchange – The official Mexican currency is the Mexican Peso. Exchanging money in Mérida is easy and follows the same standard to elsewhere in America. Most major establishments like hotels and restaurants in major tourist and business destinations accept credit cards. The best way to get local currency is to use the ATMs, which are widely available in Mérida and other major cities and withdraw in Mexican Peso to get the best rate.

Safety and security – There is currently no nationwide security advisory in effect for Mexico. Check your country’s travel advisory website to get the most up-to-date information for your personal safety abroad. Keep your guard up at all times and avoid any streets that are not crowded. Do not carry debit or credit cards with you or hide it in your bra or shoes. There were incidences of robbery when offenders will escort you to an ATM and make you take out as much as you can. Leave your passport in the hotel’s safety deposit box and just carry a photocopy.

Getting around – Travelling in Mexico is relatively easy because of highly developed and cheap public transportation system. However, tourist attractions in Yucatán Peninsula are not within walking distance from the resorts, where you will most likely stay. If your visit only includes Mérida then you only just take a cab because everything of interest is within easy walking distance from the town’s center.

Where to stay – Mérida and the entire Yucatán Peninsula have heaps of accommodation to suit every pocket, from budget hostels to luxury hotels. To stay in Central Merida you would be looking to stay between  Calle 63 (at Plaza Grande/Zocalo) and Calle 47 (atParque Santa Ana) and between Calle 60 and Calle 66. The streets to the east of the Plaza Grande (e.g. Calles 58-50 b/w Calles 57 and 75) are very busy with people and traffic. Do not miss to visit the area but do not stay there.

Hotels to consider in Mérida:

Day by day itinerary: Escape to Mérida, Mexico for 3 days

Your adventure in Mérida starts today! Take a flight that arrives in Cancún International Airport (CUN) as early as possible. The airport is in the middle of Cancun and Playa Del Carmen and travel time to Mérida is approximately 3 hours by car. Taxi service is available outside the Arrival Hall and provides 24-hour service to the passengers. A cheaper alternative is ADO Bus, which provides regular service between Cancun, Playa Del Carmen and Mérida, and it takes about 6 hours.

Depending on your time of arrival, you can either take it easy and soak up the atmosphere in Mérida or you can begin your tour of its famous attractions. Check into your preferred accommodation and hit one the top-rated restaurants in the city. There’s no better way to get acquainted with the city than visiting the Gran Museo de Mundo Maya Mérida (Museum of Mayan World), which is a lovely museum dedicated to the local Mayan culture and history. Take a cab or Uber back to the Centro then get set to explore some of the most famous attractions on the bustling and vibrant Plaza Grande, the main square of Mérida.

If you are a catholic and your second day happens to be on a Sunday, rise early and head to Cathedral de San Ildefonso (San Ildefonso Cathedral) to attend a celebration of the Mass. Situated on Plaza Grande, the crucifix of Cristo de la Unidad (Christ of Unity) of the Cathedral is believed to be a representation of the union of Spanish and Mayan heritage. Non-Catholic visitors may also visit the Cathedral and see its simple but elegant Renaissance and Moorish style interior.

For breakfast, make your way to Lucas de Galvéz Market, the main market of Mérida. Don’t miss to buy the famous  Mexican mole powders and try some escabeche, fajitas, tostadas, tacos, and burritos. If you want to learn more about Mexican cuisine, then join a Mexican cooking class. On this tour, you will learn how to cook some of Merida and Yucatán Peninsula’s popular dishes. You will also be introduced to traditional Mexican flavors and learn the best way to cook authentic Mexican food. There are plenty of tours offered online, so make sure to read reviews first before you make your reservation. Los Dos Cooking School, which operates at a cocina económica (small family-run restaurant), is currently the number one cooking class in Mérida based on TripAdvisor reviews.

On day 3, wake up early and join a guided tour to the enigmatic site of Dzibilchaltún, a lesser-known Mayan Ruin in the Yucatan Peninsula. Make sure to join a guided tour to appreciate the site and to be introduced to some of the site’s ancient architectural wonders. The highlight of this ancient site is the Temple of the Seven Dolls named because of seven stone human figures found inside the temple. You may also check out the Museo del Pueblo Maya (Museum of the Mayan People), a small museum located in the the archaeological zone of Dzibilchaltún.

After your historic tour, do not miss to stop at Progresso Beach and take an optional swim. Once back in the center, make your way to Paseo de Montejo. Lined with impressive Neo-renaissance mansions and palaces, this iconic boulevard connects the city center and the city park. If you still have time, make a quick visit at Museo Regional de Arquaeología de Yucatán (Yucatan Regional Archaeological Museum).

This is the end of our 3-day suggested itinerary to Mérida. This trip is an excellent choice if you decide to extend your Cancun vacation.

Have you been to Mérida? Do you have any tips or suggestions to share? If so, you can leave your comments below. 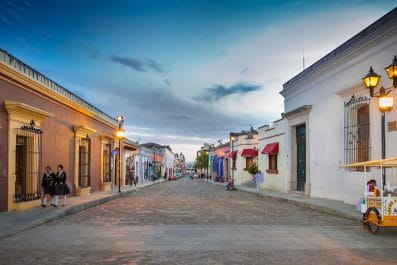 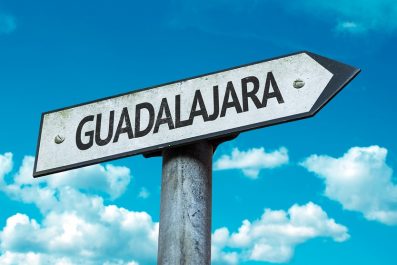