1 month ago
Where Would You Go
North America

Whether this is your first trip to Mexico or you’ve been here a few times before, a 48 hour stay in Mexico City opens up tons of new and interesting things to do. While it’s almost impossible to experience everything – even if your trip lasts a week—this itinerary is designed for first time travelers, those who are on a short layover or simply does not have longer time in Mexico. Read on for suggestions on how to make the most of your time in Mexico City.

Things to remember before traveling to Mexico City:

Language – Being a Spanish colony for three centuries, Spanish have become the nation’s language which is widely spoken by majority of the people in the country. However, it is important to note that the people also use Mexican Spanish, a manipulation of the Spanish language which has its own distinct pronunciation, grammar, and slang. Ergo, tourists who speak Spanish might have a hard time understanding when the locals speak Mexican Spanish.

Currency exchange – The official Mexican currency is the Mexican Peso. Exchanging money in Mexico City is easy and follows the same standard to elsewhere in America. Most major establishments like hotels and restaurants in major tourist and business destinations accept credit cards. The best way to get local currency is to use the ATMs, which are widely available in Mexico City and other major cities, and withdraw in Mexican Peso to get the best rate.

Safety and security – There is currently no nationwide security advisory in effect for Mexico. Check your country’s travel advisory website to get the most up-to-date information for your personal safety abroad. Keep your guard up at all times and avoid any streets that are not crowded. Do not carry debit or credit cards with you, or hide it in your bra or shoes. There were incidences of robbery when offenders will escort you to an ATM and make you take out as much as you can. Leave your passport in the hotel’s safety deposit box and just carry a photocopy.

Getting there – The main airport for the area is Aeropuerto Internacional Benito Juarez, Mexico City’s International Airport.From New York, a round-trip ticket to Mexico city is about 280 USD (you just cannot pass on this deal); from Lima, Peru – 325 USD; from London – 814 USD if you prefer direct flights with British Airways or AeroMexico; Seoul – 888 USD and up.

Transportation – Travelling in Mexico City is relatively easy because of highly developed and cheap public transportation system. However, due to increase in crime in the Metro and colectivos, our recommended way to get around the city is by “Turismo” and Sitio Taxis.

Accommodation – Mexico City have heaps of accommodation to suit every pocket, from budget hostels to luxury hotels. For luxury travelers, there are several upscale options to choose from. For budget travelers, there are plenty of youth hostels most especially in Mexico City and other main tourist destinations. Home-stay is also a great option to immerse yourself in the culture of the country and to experience living with a local family.

Hotels to consider in Mexico City:

Your adventure in Mexico starts today! Schedule a flight that will arrive early in Aeropuerto Internacional Benito Juarez, Mexico City’s International Airport. After check in, minimize your jet lag by spending a lot of time out in the sunlight so your body can adapt to its new surroundings.  If your flight gets in early enough, head to a nearest restaurant or cafe for a quick breakfast. Wear a comfortable walking shoes as you will do a lot of walking today. Also, do not rush yourself to get out of Mexico City like most tourists do, because Mexico’s vibrant capital offers plenty of things to see and experience.

In the afternoon, start your walking tour at Centro Historico, the central neighborhood in Mexico City. Head to Zócalo (Plaza de la Constitution), your first destination. The National Palace, Metropolitan Cathedral, Templo Mayor Museum and San Ildefonso Museum are also within this area so you will probably consume the entire afternoon here. Then head for dinner at one the top-rated restaurants in downtown to celebrate your first night in the country. Some of the must try restaurants are Sir Winston Churchill’s, Restaurante El Cardena, Contramar and La Santa Gula.

If you are a catholic and your second day happens to be on a Sunday, rise early and head to Basílica de Santa María de Guadalupe to attend a celebration of the Mass. Situated on Plaza de las Americas, you will also find Latin America’s Catholic icon – The Basilica of Our Lady of Guadalupe (or Basílica de Nuestra Señora de Guadalupe in Spanish). Non-Catholic visitors may also visit the Basilica to learn about the miracles of the Lady of Guadalupe and its influence in Mexican culture.

After your Basilica mass or tour, embark on one of the most interesting day trips out of the city by heading to the spectacular ruins of the pre-Hispanic City of Teotihuacan. This ancient Mesoamerican city features some of the most enigmatic and impressive architectural wonder of the ancient world. Buses leave for Teotihuacán from Mexico City “Norte” bus terminal and travel time is approximately 1 hour. You may also join an arranged tour, however, do-it-yourself tours will give you complete control of the trip.

Once back in the city, make your way to the National Museum of Anthropology (Museo Nacional de Antropologia) in Chapultepec Park. The museum features thousands of archaeological and anthropological objects which date from the pre-Hispanic period.

This is the end of our 48-hour suggested itinerary to Mexico City. As you may notice, the pace may be a bit breathless, so skip a sight occasionally to have chill-out time after all, you’re on a holiday.

Have you been to Mexico City? Do you have any tips or suggestions to share? If so, you can leave your comments below. 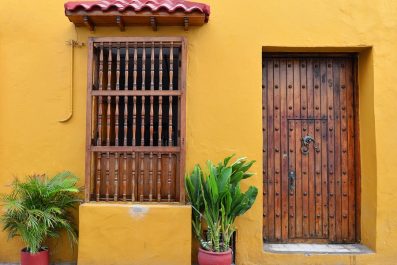 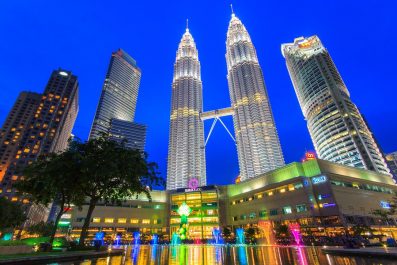 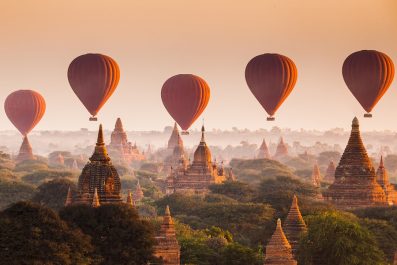